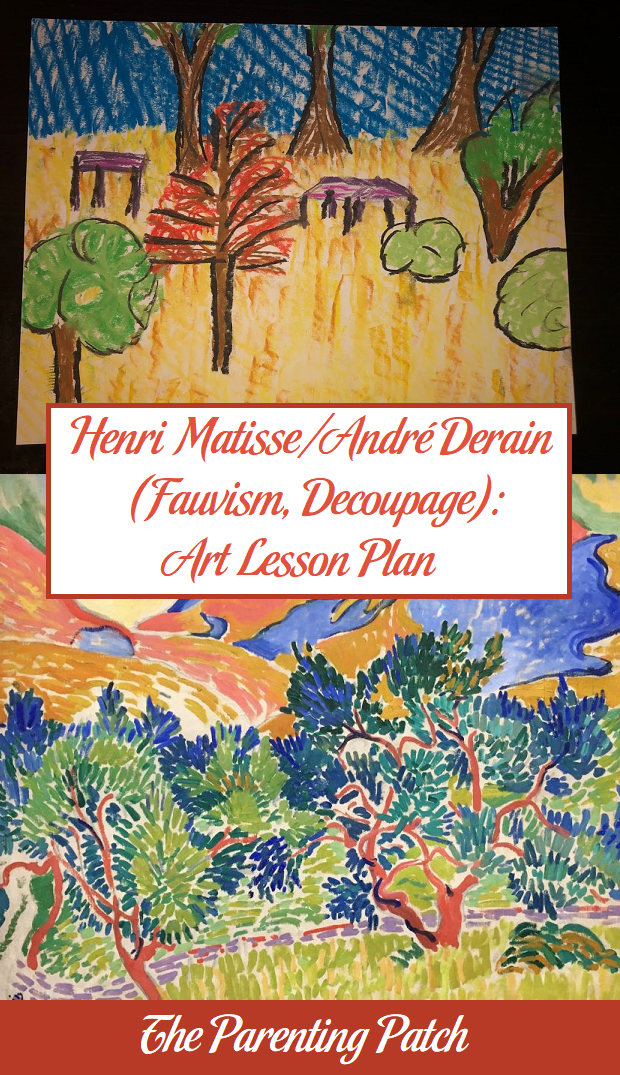 Henri Matisse (December 31, 1869 to November 3, 1954, age 84) was a French artist known for his use of color. Along with Pablo Picasso, Matisse is commonly regarded as one of the artists who helped define the revolutionary developments in the visual arts during the first half of the twentieth century. The intense colorism in his paintings between 1900 and 1905 earned him notoriety in Fauvism. After 1906, Matisse developed a style that emphasized flattened forms and decorative pattern. His more relaxed style during the 1920s gained him critical acclaim as an upholder of the classical tradition in French painting. He then adopted a bolder simplification of form after 1930. Four of his most famous works include Woman with a Hat, Open Window, The Green Stripe (Portrait of Madame Matisse), and The Snail. 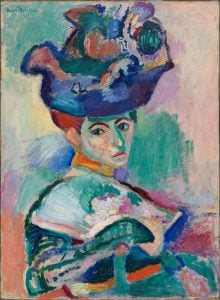 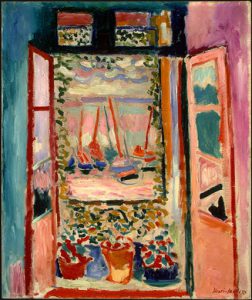 When surgery for abdominal cancer prevented him from painting after 1941, Matisse began creating cut paper collages, or decoupage, in which he would cut sheets of painted paper into shapes that he arranged into lively compositions. “Drawing with scissors” was his major medium during the final decade of his life, but his first recorded use of the technique was in 1919. His cut-outs were initial ridiculed as jokes from an old man but were later acknowledged as showing the vitality and radical reinvention. Matisse has been recognized as a leading figure in modern art. 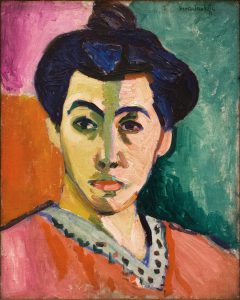 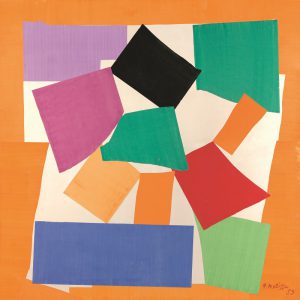 André Derain (June 10, 1880 to September 8, 1954, age 74) was a French artist, painter, sculptor, and co-founder of Fauvism with his friend Henri Matisse. Derain and Matisse painted together in the summer of 1905 in the French Mediterranean village of Collioure. Starting in March 1906, Derain produce a series of paintings with the city of London as the subject. His London paintings remain among his most popular works. Two of his most famous works include Mountains at Collioure and Houses of Parliament. 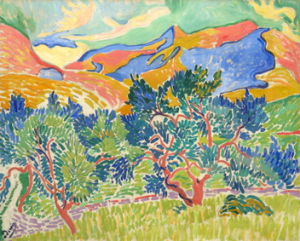 The style of les Fauves (French for “the wild beasts”), Fauvism emphasized strong color over realism. The short-lived style began around 1904 and continued beyond 1910 with major years between 1905 and 1908. Matisse and Derain were leaders of the movement. Paintings in the style of Fauvism are characterized by seemingly wild brush work and strident colors with a high degree of simplification and abstraction in subject matter. 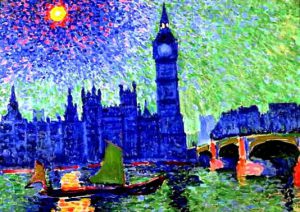 Fauvism is notable for surreal landscapes filled with vibrant colors such as pinks, oranges, and blues. Using a pencil, sketch the outline of a landscape. Use art materials of your choosing (paint, crayons, markers, oil pastels, etc.) to add in color. After adding the colors, use black to create thin outlines around each object in the picture. 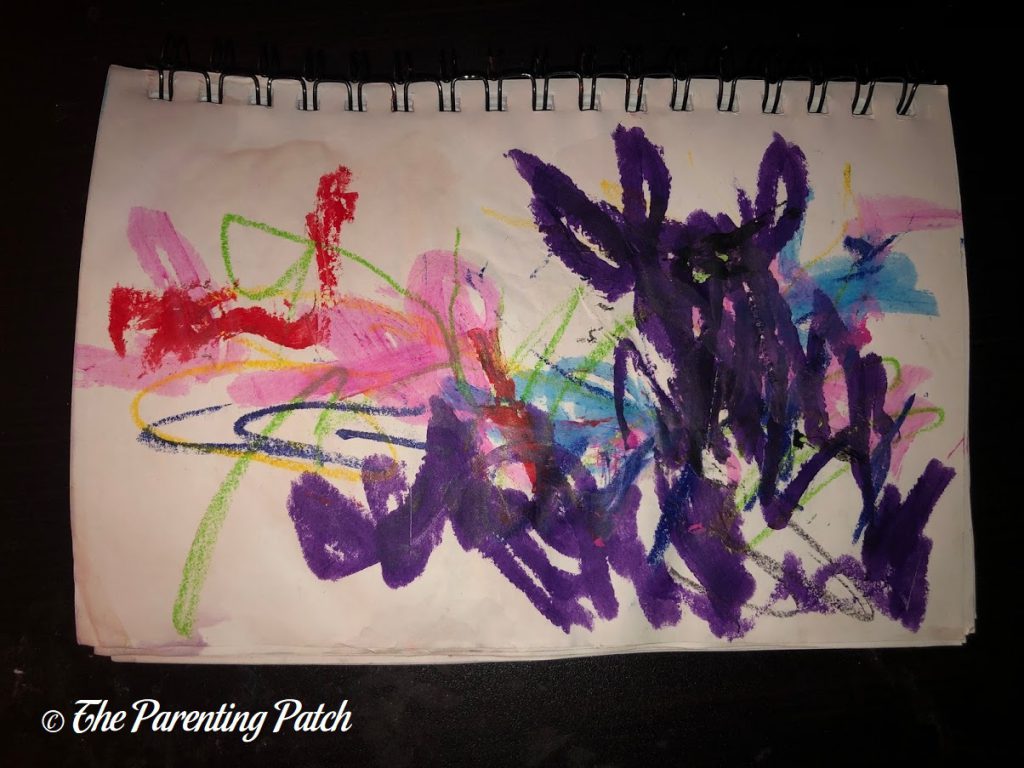 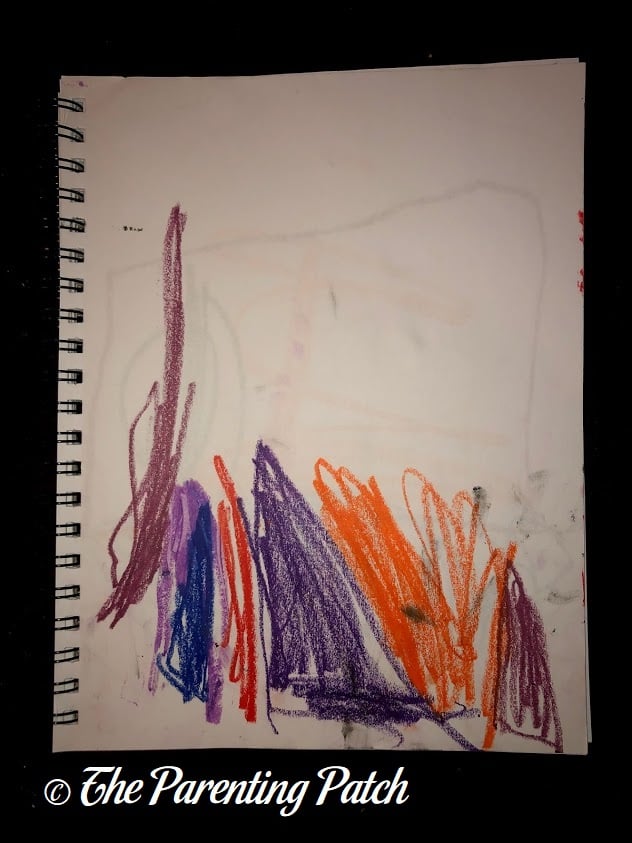 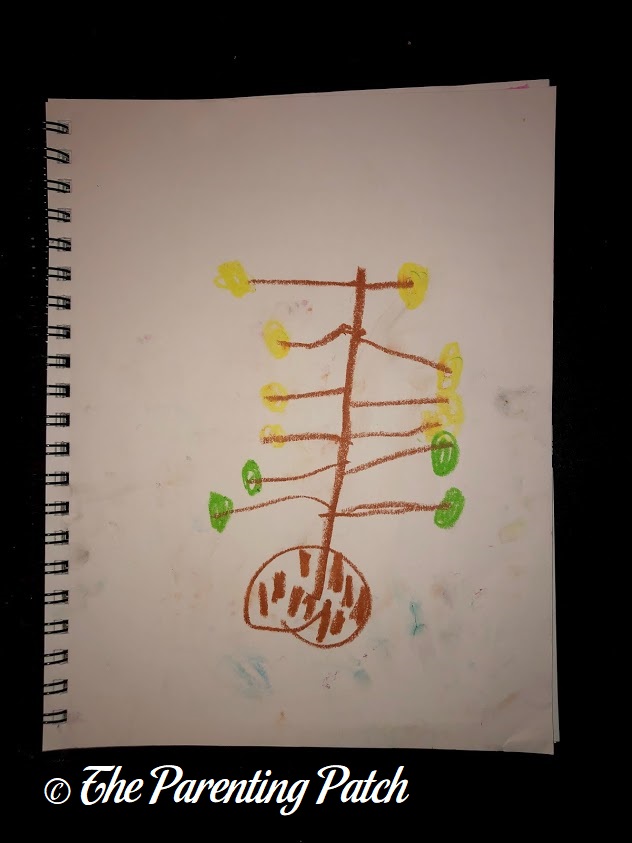 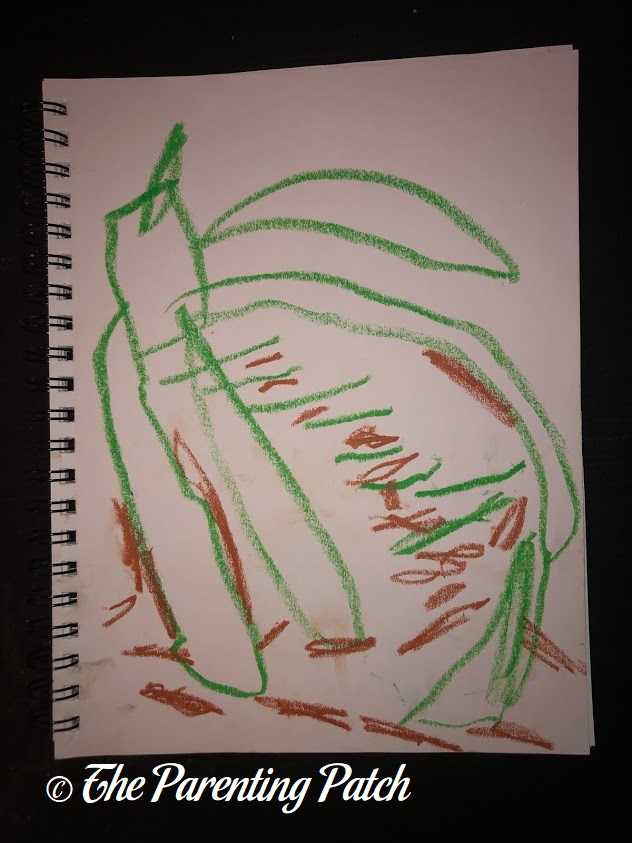 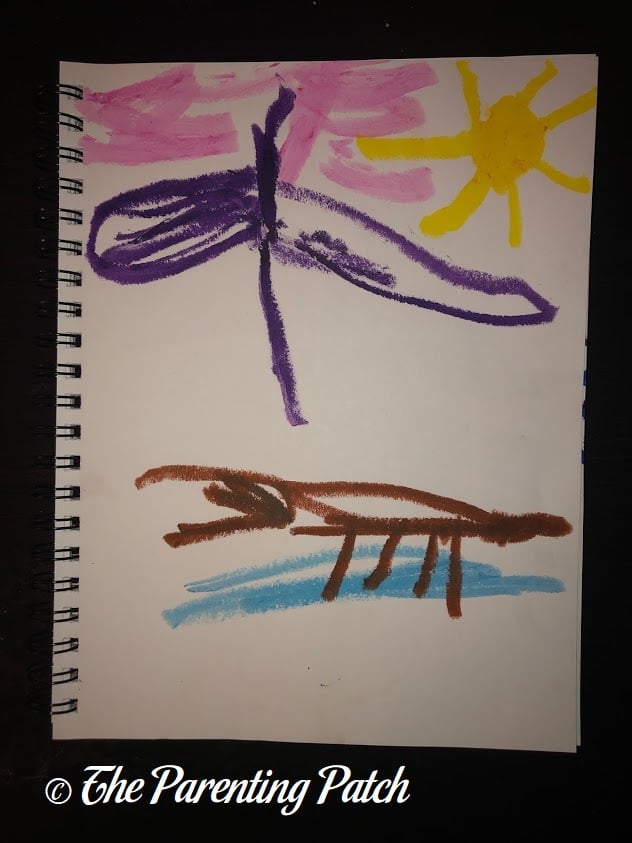 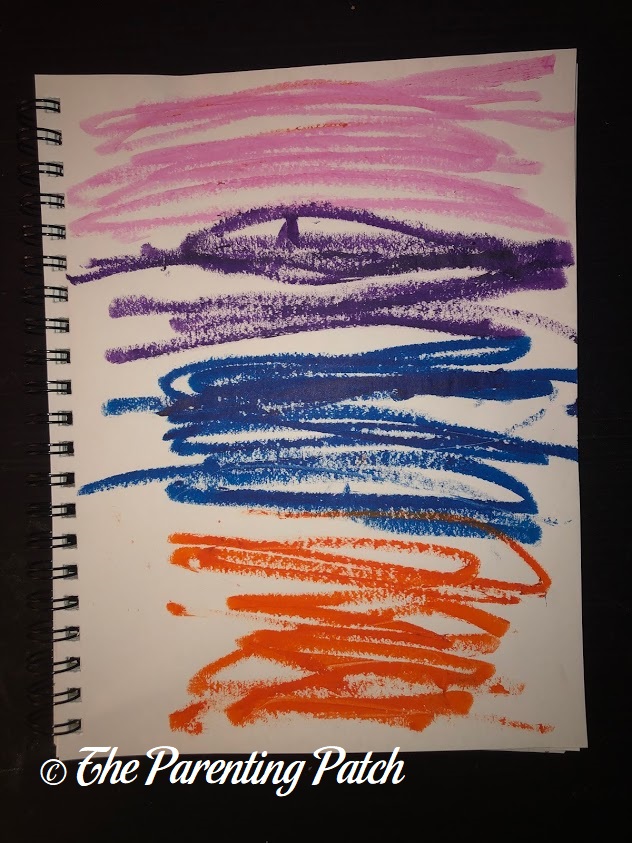 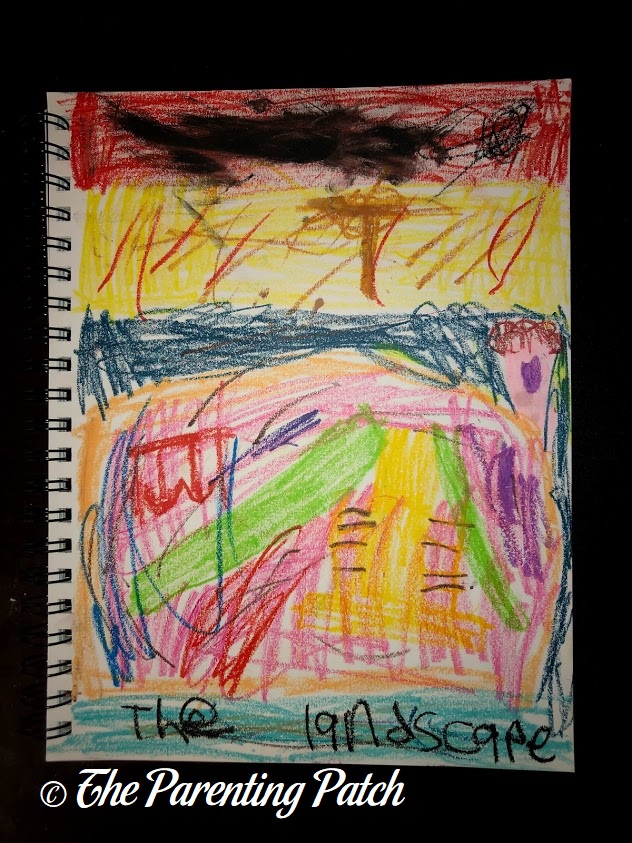 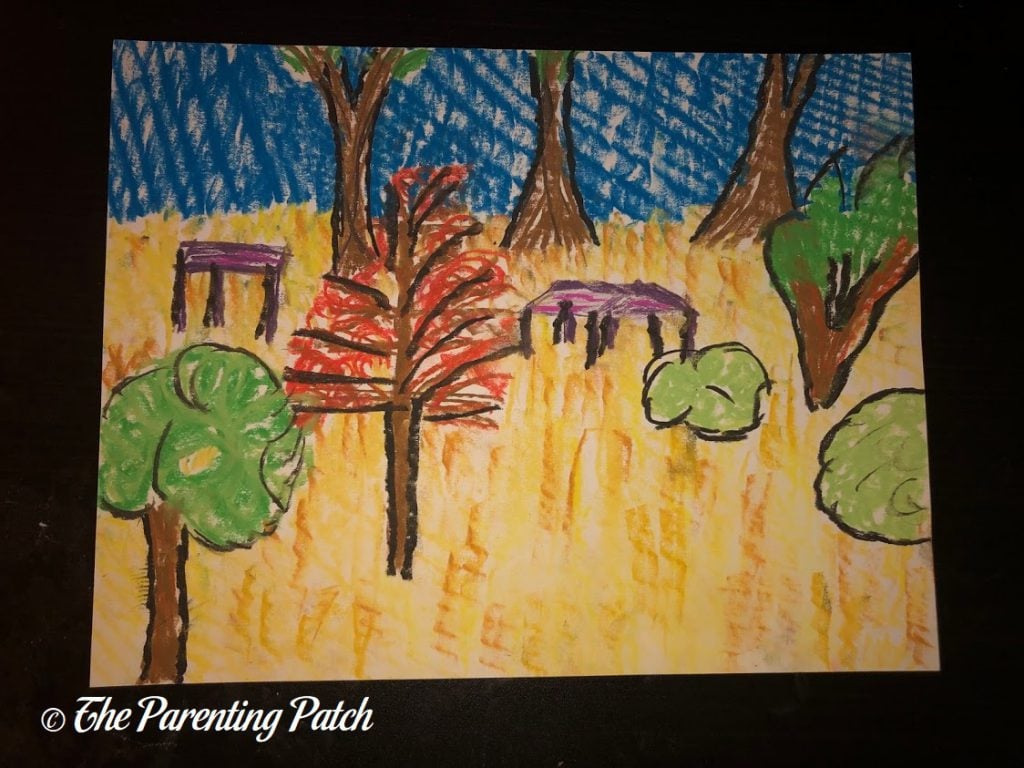 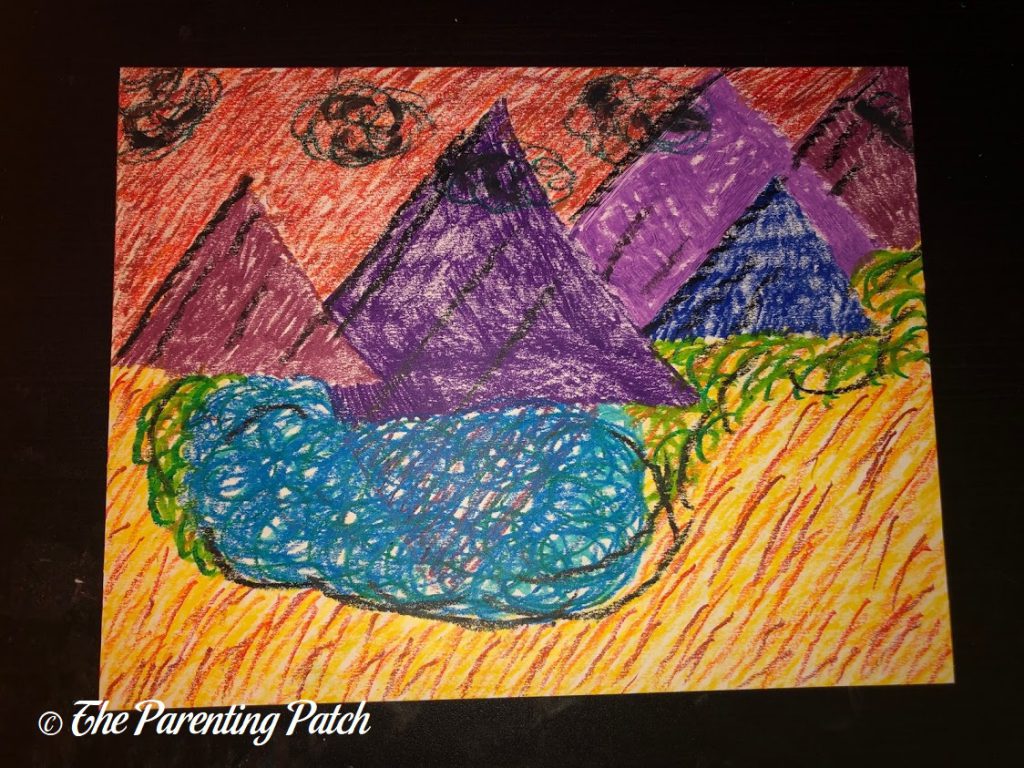 Henri Matisse created compositions by cutting out paper shapes with scissors, a technique that he called “drawing with scissors.” Use scissors to cut pieces of colored paper into various shapes. Arrange the shapes on a blank piece of paper. Finally glue the colored paper onto the blank paper. 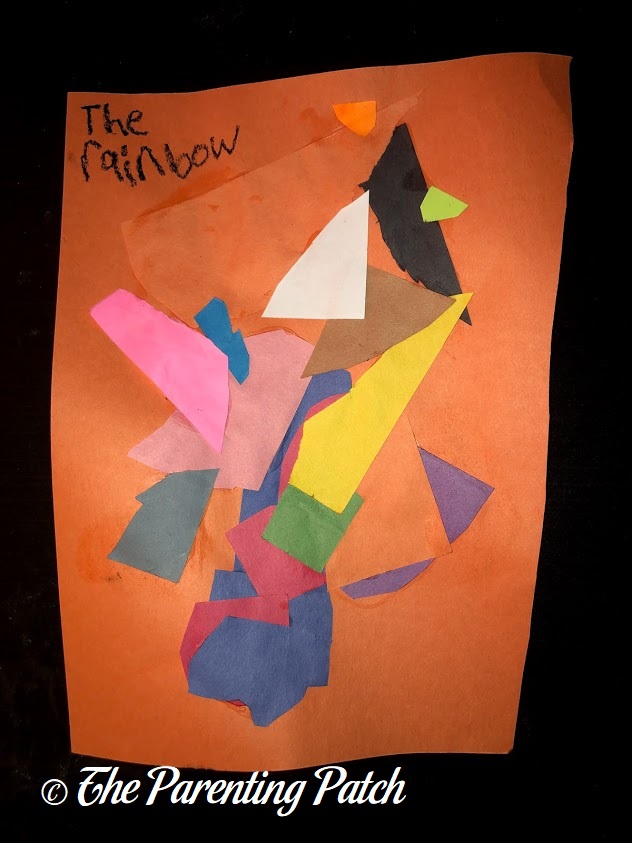