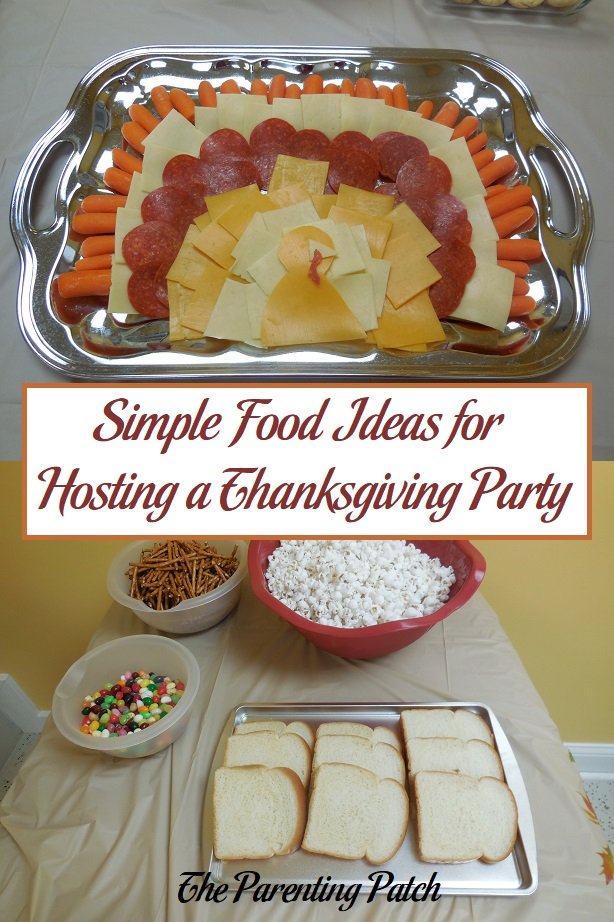 Thanksgiving is my second favorite holiday of the year! Unfortunately, the day to give thanks often gets overshadowed by the Christmas season, which seems to start the day after Halloween, if not sooner. Although I do start putting up some Christmas lights at the beginning of November (especially outside when the autumn weather is still nice and not frigidly chilly), I also put out my lighted turkeys and other Thanksgiving decorations. My kiddos and I also make plenty of turkey crafts to place around our house. Last year I also hosted a Thanksgiving party for my homeschool groups. Although only a couple of people could attend in addition to my family, I still had a great time preparing the Thanksgiving-themed food with my children.

For the centerpiece of my Thanksgiving party, I created a simple but adorable turkey snack platter out of carrots, cheeses, and deli meats. I started by creating an arch of carrots. I then layered addition arches of different cheese and pepperoni. You can use other vegetables and any flavor of meats or cheese that you want. The layered arches become the feathers of the turkey. I then cut another piece of cheese into the shape of a turkey head and body. I finally added a small triangle of cheese for a beak and a squiggle of pepperoni for the wattle. I provided crackers and breads with which to eat the cheeses and meats. 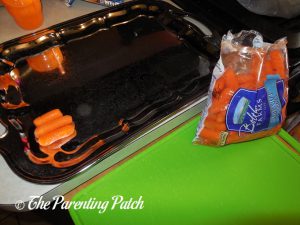 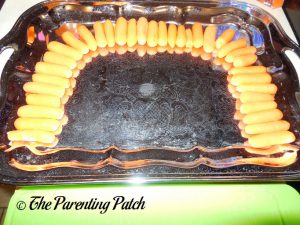 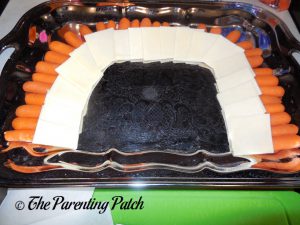 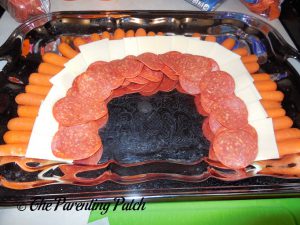 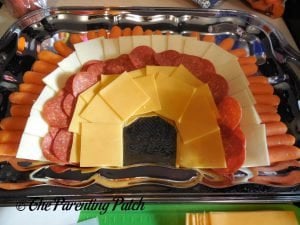 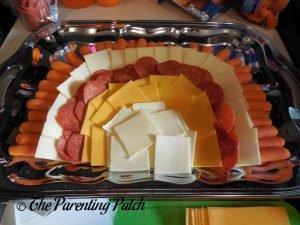 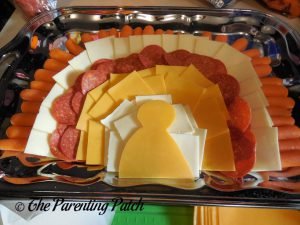 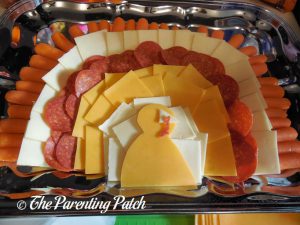 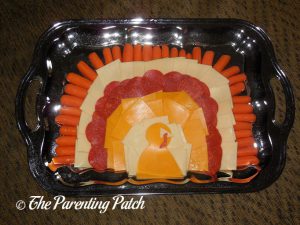 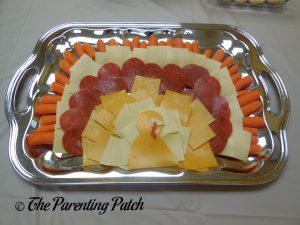 What do buttered toast, pretzel sticks, jelly beans, and popcorn have to do with Thanksgiving? A Charlie Brown Thanksgiving, of course! The prime-time animated TV special originally aired on November 20, 1973. I own the DVD version, which my kiddos and I watch over and over again during the month of November. In the episode, Charlie Brown with help from Linus and Snoopy prepares an untraditional Thanksgiving meal of ice cream sundaes, two slices of buttered toast, pretzel sticks, popcorn, and jelly beans. I thus served white bread (which could be eaten with the turkey snack platter), pretzels, jelly beans, and popcorn at my own Thanksgiving party. 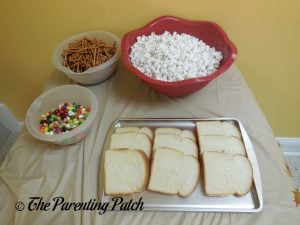 I love making rolled sugar cookies for the holidays. In addition to my Christmas cookie cutters, I own shapes for all the other holidays including Thanksgiving. My rolled sugar cookies offer a traditional take on the classic cookie while my dairy-free rolled sugar cookies use coconut oil instead of butter. I cut cookies in the shapes of turkeys, pie slices, acorns, and pumpkins as well as letters that spelled out “Give Thanks” that I decorated with fall-colored sugars like green, orange, brown, and yellow. 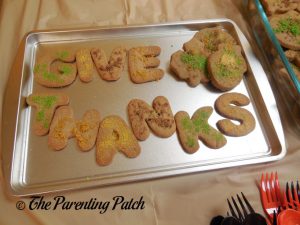 Pumpkin is one of my favorite fall flavors! For Halloween last year, my kiddos received a ton of milk chocolate with almonds candy bars. I had also picked up a Perfectly Pumpkin cake mix with which I intended to make cake mix cookies. I ultimately decided to combine the two and baked some almond chocolate chunk pumpkin cake cookies, the flavors of which were perfect for an autumn Thanksgiving party! 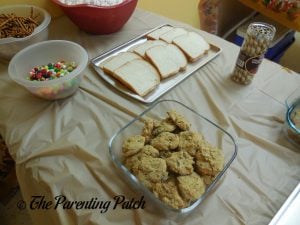 Have you ever hosted a Thanksgiving party?