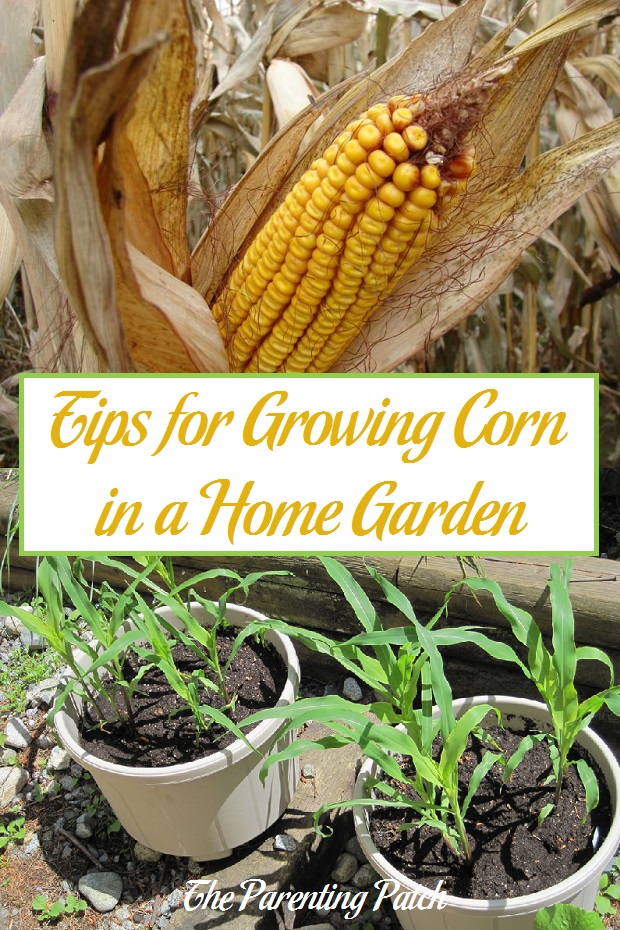 Corn, whose scientific name is Zea mays, is a family of domesticated grasses primarily grown for its seeds as a vegetable or grain in the United States and throughout the world. Maize, as corn is known as in many non-English-speaking countries, originated in central and southern Mexico through the domestication efforts of early Mesoamericans. Although somewhat high in calories, corn is low in saturated fat, cholesterol, and sodium. Corn is also a good source of essential nutrients like vitamin A, vitamin B6, copper iron, dietary fiber, magnesium, manganese, niacin, phosphorus, protein, riboflavin, thiamin, and zinc. Adding this favorite vegetable among many gardeners is easy with these tips to grow corn in a home garden.

Before planting corn in your home garden, you should first learn about the different varieties of corn available which includes sweet corn, popcorn, broom corn, and ornamental corn. Although any type of corn may be grown at home in a garden, sweet corn is the most popular garden corn because of its edible kernels. Sweet corn is classified into three categories: sugary, sugary extender, and super sweet. The standard sweet corn is the sugary corn variety. However, sugary extender and super sweet hybrids have been created for additional sweetness and different textures. The most popular varieties of sweet corn include: 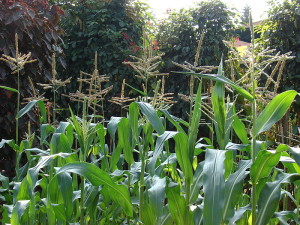 Corn is a warm weather vegetable. However, most modern hybrid varieties can withstand mild frost and freezing temperatures. In most regions of the United States, corn seeds can be planted at early as mid-April and as late as early-June depending on the maturation rate of the specific variety. Corn needs nutrient-rich soil, so plan on adding fertilizer or compost while preparing the dirt for gardening. Plant corn in blocks of rows at least four by four rows in size to promote pollination. Do not plant in one long row because corn may not develop due to lack of pollination between plants. Space rows at least one foot apart. Plant one seed every six to twelve inches. Water immediately after planting and whenever the soil becomes dry. Keep weeds down by weeding periodically until seedlings emerge. Note that corn does not transplant well so always plant seeds outside instead of starting in containers.

Once seedlings emerge, corn is relatively low maintenance. The biggest threats to corn, however, are pests including insects and animals and fungus. Pests that attack corn include corn earworms, corn rootworm beetle, European corn borers, flea beetles, and deer. To protect corn from pests, apply sevin dust or mineral oil to the silk strands after pollination. Install fences to protect corn from animals with the help of fence installation in Atlanta or services in your local area, if you should create a garden in your backyard. Diseases that damage corn include Stewart’s wilt and smut. Portions damaged by smut fungus may be removed by hand. However, the only protection against Stewart’s wilt is to plant resistant varieties. Other common problem for corn is underdeveloped cobs and kernels due to drought. Lightly water your corn garden in times of low rainfall.

Sweet corn is ready to be picked and eaten during the milk stage before the fully formed kernels have matured. Most varieties of corn reach the milk stage approximately twenty days after the silk strands form. To harvest ears of corn from the stalk, simply pull the ear down and twist off from the plant. If you are unsure if an ear of corn is ready for harvest, gently peel back the husk and check the kernels. If the corn is not ready, simply close up the husk again. At the end of the growing season, remove all remaining corn stalks from your garden. Corn stalks make a great material for a compost pile.

Corn is a delicious vegetable that is easy to grow at home in a garden. The most popular type of garden corn, sweet corn comes in a variety of types. Learning how to grow corn in a home garden is easy with these simple tips.