Connect
To Top
InformationJanuary 14, 2014 This post may contain affiliate links

Using Zofran During Pregnancy: Weighing the Benefits and Risks 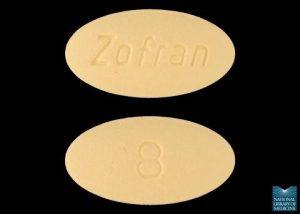 Did you use Zofran during pregnancy to combat morning sickness? A fellow blogger recently voiced her concerns about taking the drug due to some fairly new warnings about possible birth defects. My initial response urged her to weight the risks and benefits: “You have to weigh the risks and benefits. How sick are you? Is it to the point that meds are the only thing keeping you and baby healthy? Or can you get by without the meds while still staying healthy. Nothing in life is risk-free.” Putting on my librarian hat, I then did a little research on the medication.

According to the 2012 edition of Medications and Mothers’ Milk by Thomas W. Hale, an important source of information on medication during pregnancy and breastfeeding, Zofran (ondansetron) is a category B drug:

Drugs Used in Pregnancy also lists Zofran as a category B drug. Zofran is therefore considered safer, although not the safest, for pregnant women.

Researchers from The University of Toronto also concluded the safety of Zofran during pregnancy in a 2004 study published in BJOG: An International Journal of Obstetrics & Gynaecology. The study concluded that the drug “does not appear (although the sample size is limited) to be associated with an increased risk for major malformations above baseline.” Despite a small cohort of only 176 pregnancies, the researchers did not find any statistical differences between the women taking Zofran during pregnancy and the control group.

A more recent 2013 study published in the journal BioMed Research International also failed to find a link between birth defects or other adverse birth outcomes and the drug Zofran. Upon looking at data from 96,968 births from 2002 to 2005 including 251 to whom Zofran was dispensed, the researchers “did not detect any adverse outcomes from the use of ondansetron in pregnancy but could not conclude that ondansetron is safe to use in pregnancy.” In other words, Zofran appears okay for pregnant women, although the researchers could not definitively conclude the safety of Zofran during pregnancy.

Another 2013 study published in the New England Journal of Medicine that analyzed data from a historical cohort of 608,385 pregnancies in Denmark also determined that taking Zofran during pregnancy was not associated with an increased risk of adverse birth outcomes.

What should pregnant women suffering from severe nausea take away from these studies on the safety of Zofran during pregnancy? First, and remember that I am not a medical professional but rather a researcher, Zofran appears to be safer during pregnancy. However, although the drug appears to be safe, there is not yet evidence that the drug is safe. As I told my fellow blogger, a pregnant woman should work with her health care provider to evaluate the risks and benefits of using the medication while pregnant.

Did you take Zofran during pregnancy?

Disclaimer: The information provided in this article is not meant to replace the professional medical advice from a health care professional.