My daughter prefers homemade baby food over store bought varieties. I first started making baby food for my daughter before she started eating solids at six months old. I made huge batches that I froze in ice cube trays. Even though she is now over two years old, I still feed my daughter the homemade baby food that I still keep in my freezer. She eats other foods too, but I fill in any nutritional blanks with the fruits and veggie baby food that I made her. One of the baby foods that I made at the end of the summer was Swiss chard and apples, both of which I picked from my home garden.

Swiss chard is low in saturated fat and cholesterol. Although very high in natural sodium, the leafy green is a good source of thiamin, folate, and zinc and is a very good source of dietary fiber, vitamin A, vitamin C, vitamin E, vitamin K, riboflavin, vitamin B6, calcium, iron, magnesium, phosphorus, potassium, copper, and manganese. Although high in natural sugars, apples are very low in saturated fat, cholesterol, and sodium and are a good source of dietary fiber, vitamin C, vitamin A, and folate. Apple skin is also very healthy because the skin of apples helps protect against cancer more and provides more nutrients than the rest of the apple. 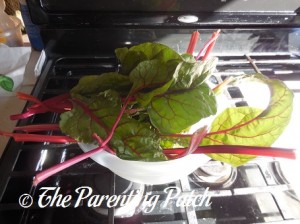 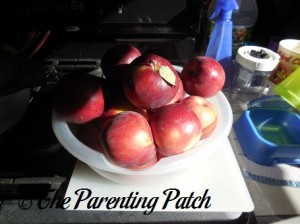 To make Swiss chard and apple baby food, start by washing both foods in cold water. Tear or cut the Swiss chard into smaller pieces, and chop the apples into slices. Retain the skin on the apples. Place both foods in a microwave safe bowl with a little extra water for cooking. Cook for about ten minutes or until the apples are soft. Allow the cooked mixture to cool slightly, and then spoon the cooked Swiss chard and apples into a baby food processor or blender. For younger babies, add some extra water to create a thinner puree. For older babies, make a thicker mash with some chunks left in. Spoon the blended mixture into ice cube trays for easier freezing. Move the frozen cubes into freezer safe bags for easier storage. As you baby needs food, simply thaw a few cubes in the refrigerator. 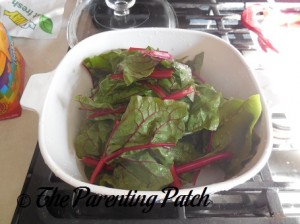 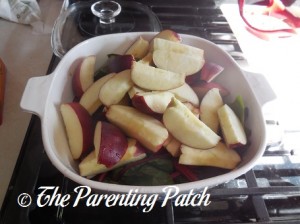 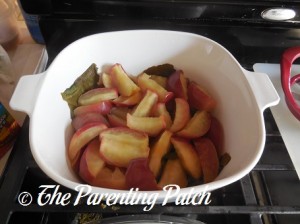 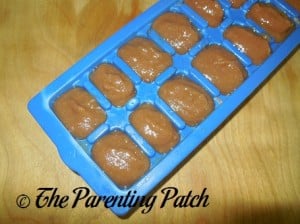 Does your baby like Swiss chard or apples? Do you make your own baby food?