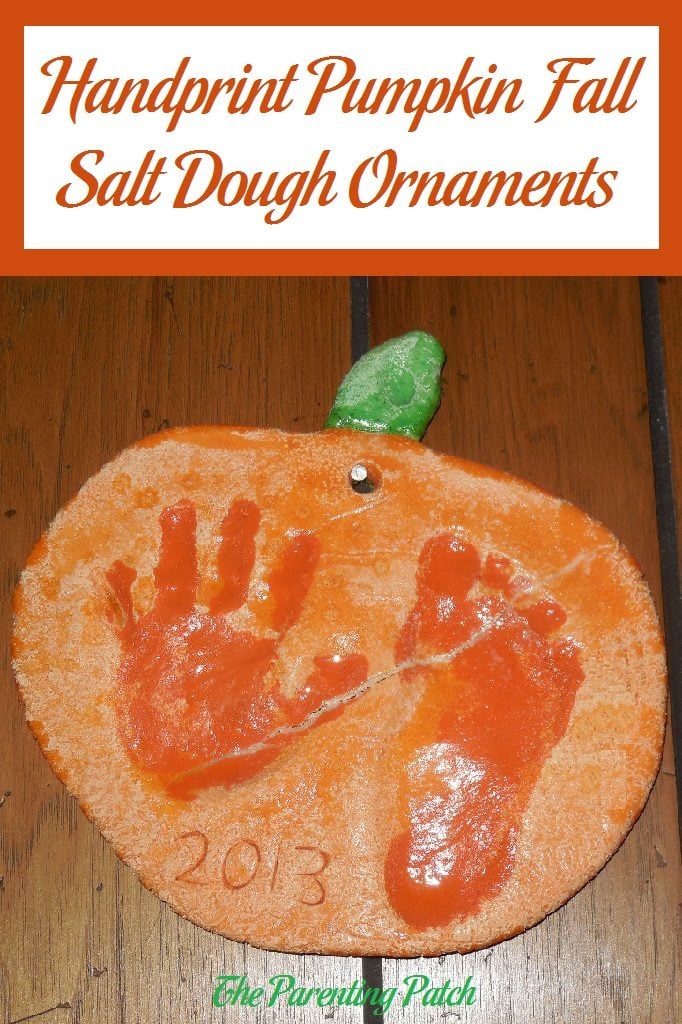 Halloween is just days away. Thanksgiving is just around the corner. A few weeks ago, my daughter and I got busy making a pumpkin-themed craft to celebrate the autumn season. For our first Mother’s Day together, my daughter and I made purple salt dough ornaments that I now have hung in the hallway leading to our bedrooms. To capture another year with my daughter, she and I make pumpkin salt dough ornaments this fall. (I also made one with Kenobi because I had ornaments from Princess and Espen already.) Making salt dough ornaments is easy and safe. With just a few ingredients already found in most kitchens, you too can whip up a batch of salt dough to make an adorable handprint pumpkin fall ornament. I also added extra acrylic paint prints to the finished pumpkins to make the handprints and footprints stand out even more.

To make your own salt dough ornaments, begin by gathering the necessary ingredients. You will need all-purpose flour, table salt, and warm water. You will also need liquid food coloring to dye the dough orange and green to make the pumpkins. (Note: I keep my flour in a repurposed ice cream container in my refrigerator.) The two separate measurements are for making the orange dough versus the green dough. 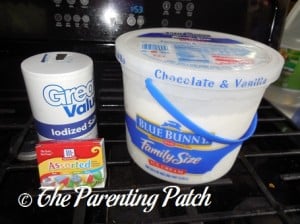 Add the salt to the colored waters. Stir thoroughly until some of the salt begins to dissolve. 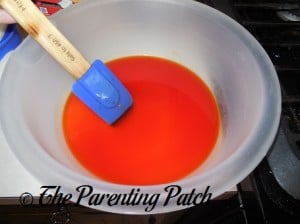 Slowly mix the flour into the salt water mixtures. Use a silicone spatula for easier stirring. 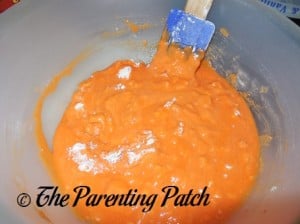 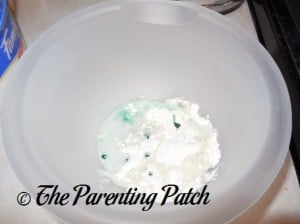 The salt dough will be rather sticky. Kneed the dough with your hands, adding extra flour until the dough becomes firm but neither crumbly nor sticky. If you plan to continue your project later, place the dough in an airtight container for up to a few days. Form the salt dough into a ball. 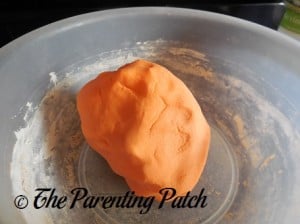 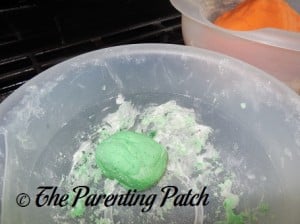 Place a ball of orange salt dough onto a piece of waxed paper. Use a rolling pin to carefully roll the dough ball flat. 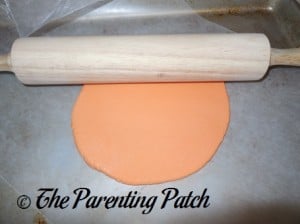 Roll a small piece of green salt dough into a cylinder. Moisten one end of the cylinder with water. Stick the green piece onto the flattened orange ball to form the pumpkin stem. Carefully roll the green cylinder as flat as the orange section. 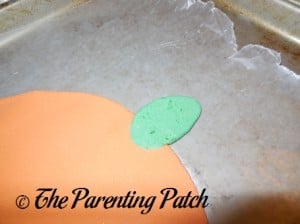 Use a pin to prick many small air holes on the back of the salt dough pumpkin. 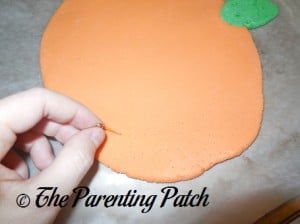 Carefully flip the salt dough pumpkin over onto a greased baking sheet. Remove the wax paper. 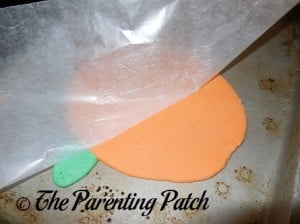 Press your handprints and/or footprints into the salt dough. 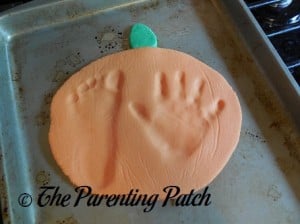 Use a pin or knife to inscribe the pumpkin with the year or any other information. Also poke a hanging hole through the dough near the top. 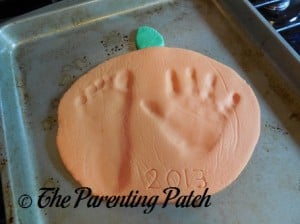 Preheat the oven to 250º. If you have a convection oven, use the convection setting. Bake your salt dough pumpkin ornament until the surface of the dough begins to brown slightly. Remove the baked salt dough ornaments from the oven. The dough will continue to harden during cooling. Allow the ornaments to cool completely. 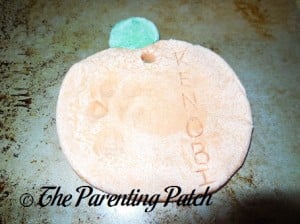 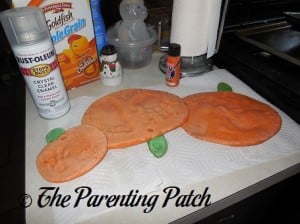 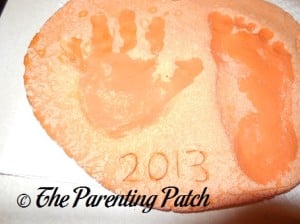 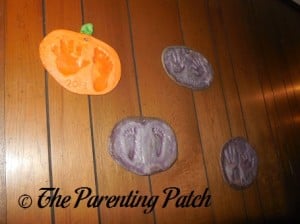 Hang the finished pumpkin ornaments on your wall to enjoy. Happy autumn!