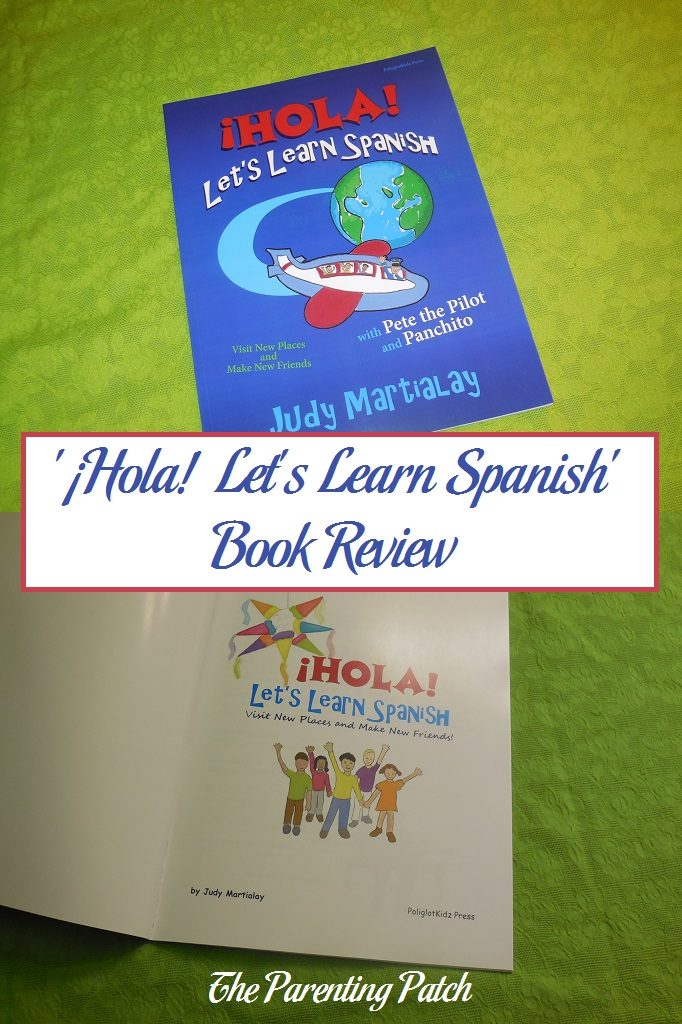 My daughter started learning Spanish in September through a college for kids language program at a local university. I studied the language in high school and then for two semesters as an undergraduate. However, I wanted to start my kids younger for a better chance at acquisition. Learning a second language at a younger age tends to be easier than for older learners. My son will also begin learning the language when he turns 3 next year. When recently offered the chance to review ¡Hola! Let’s Learn Spanish by Judy Martialay in exchange for my honest opinion, I eagerly accepted the opportunity to add a new title to my home library and educational resources. The 30-page paperback book currently costs $15.52 on Amazon with a list price of $17.99.

Currently residing in Sea Cliff, New York with her husband, author Judy Martialay wrote the book ¡Hola! Let’s Learn Spanish because she wants every child to have the opportunity to learn a world language at an early age, which is the best time to begin learning a second language. She retired from teaching foreign/world languages and devoted ten years to the promotion of foreign language study as Co-Chair of the Public Advocacy Committee of the New York State Association of Foreign Language Teachers (NYSAFLT). Her daughters have grown out of the nest and she has one baby granddaughter. In addition to language eduction, her interests including guitar jamming, painting, gardening, knitting, volunteering, cooking, and studying Japanese.

“¡Hola!… is a start in learning the language. My hope is that parents and children will be enthusiastic about learning Spanish and will ask their elementary schools to implement programs for learning languages. Currently, only 15% of elementary schools here in the US offer any form of foreign language instruction,” states author Judy Martialay. In ¡Hola! Let’s Learn Spanish, young language learners between the ages of 6 and 10 follow Pete the Pilot on an imaginary plane trip to Mexico and meet Panchito, the Mexican Jumping Bean. The story allows readers to learn the Spanish language while being drawn into the Mexican culture. In addition to the story, the book includes activities to practice Spanish with friends and family such as vocabulary and useful expressions, skits, songs, and crafts. The book combines English and Spanish text. You can down the audio version on the audio page at PolyglotKidz.com. 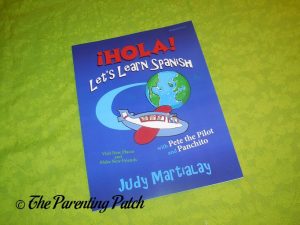 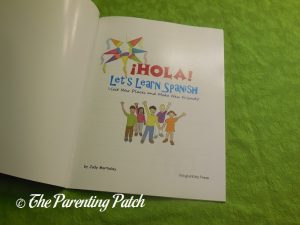 My daughter loved her first session of her Spanish class, and she was super excited to receive a new book to help her practice her beginning skills and learn more about the language. I firstly like that ¡Hola! Let’s Learn Spanish contains both English and Spanish text within the story. For example, the book begins, “Hello, children. ¡Hola, niños! My name is Pete the Pilot.” Spanish words and phrases are bold, allowing young readers to easily tell the difference. My daughter has learned only a few words and phrases in Spanish so far, so her use of the language sounds like the code-switching found in the book. She therefore finds the use of both English and Spanish quite natural.

In addition to the use of both English and Spanish, I like ¡Hola! Let’s Learn Spanish introduces young readers to the culture of Mexico through a story rather than teaching isolated words and phrases. When I studied Spanish in high school, I really enjoyed learning about the culture as well. My daughter also loves learning about the cultures of Spanish-speaking countries during her language classes. I also think that intermingling language learning with other topics helps kids learn better than straightforward rote memorization. My kiddos can learn the Spanish language more naturally through the structure in this book.

I finally love all the additional activities that accompany the story in ¡Hola! Let’s Learn Spanish. The list of words and useful expressions are great to use during other activities and for helping to better memorize Spanish vocabulary. I also love the extension activities that reinforce the story such as making a mask and putting on a skit using the language. I plan on using this Spanish book with both my kiddos to supplement our homeschool lessons now and through the future. 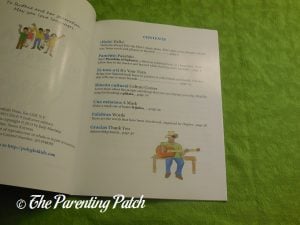 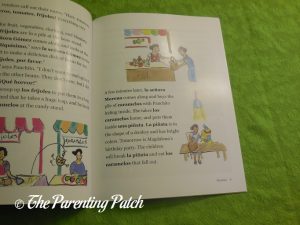 If you are searching for a new book to help supplement Spanish-language learning in your home, I have been impressed with ¡Hola! Let’s Learn Spanish by Judy Martialay. The 30-page paperback book contains both English and Spanish text within the story, which my five-year-old daughter seems to like. The story additionally allows readers between the recommended ages of 6 and 10 to learn the Spanish language while being drawn into the Mexican culture. The book includes activities to practice Spanish with friends and family such as vocabulary and useful expressions, skits, songs, and crafts. If your child is interested in learning a second language, definitely check out ¡Hola! Let’s Learn Spanish today!