Connect
To Top
ReviewsSeptember 7, 2017 This post may contain affiliate links 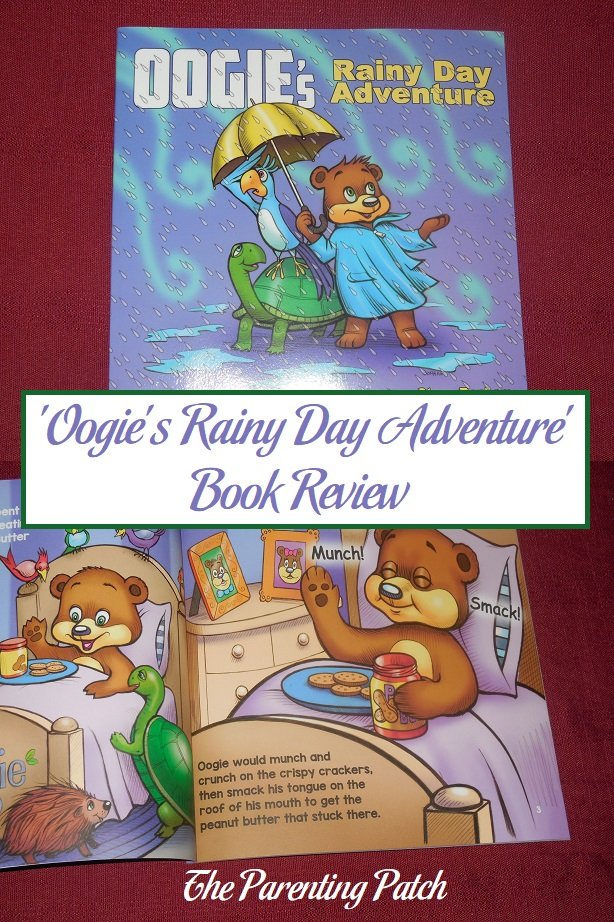 As an avid reader and former librarian, I am always searching for new books to share with my children. I particularly appreciate stories that impart some sort of valuable lesson. When recently offered the chance to review a copy of Oogie’s Rainy Day Adventure written by Michael Weinberger and illustrated by Steven Bonham in exchange for my honest opinion, I eagerly accepted the opportunity to add a new title to my home library.

Currently residing in Las Vegas with his wife and two daughters, author Michael Weinberger graduated from the University of Pacific after earning an undergraduate degree in sports medicine. After earning a Doctor of Chiropractic degree in 1993 from the Los Angeles College of Chiropractic, he operated a successful chiropractic office in Las Vegas until the fall of 2000 after a severe arm injury forced him to step away from his chosen profession. He began writing during his recovery. In addition to writing, he also enjoys archery, martial arts, deep-sea fishing, and movies and is a self-confessed foodie. He started writing children’s book when, after running out of new books to read to his daughter from her library, he decided to write a story of his own while having his daughter fill in the blanks.

Currently residing in Kansas City, illustrator Steve Bonhan has been a commercial illustrator and fine artist for over three decades. In addition to Oogie’s Rainy Day Adventure, he has also created works for Hallmark Cards, IBM, Oxford University Press, The New York Times, and The Kansas City Star.

Recommended for readers in kindergarten through fourth grade, Oogie’s Rainy Day Adventure imparts that perseverance is a valuable and necessary life skill that every child should understand. Teaching the value of perseverance is not always easy, but parents can start the conversation about the importance and rewards of taking risks and never giving up in order to achieve a goal. In the book, Oogie the bear runs out of crackers, half of his favorite snack of peanut butter and crackers. He sets out to solve his problem and embarks on a rainy day adventure full of set back after set back. However, Oogie learns the value of perseverance as he never gives up on his goal. The 38-page full-color paperback version of the book currently costs $8.99 on Amazon. 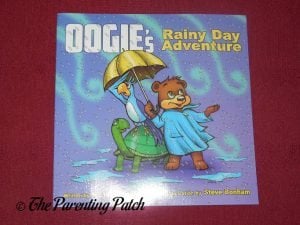 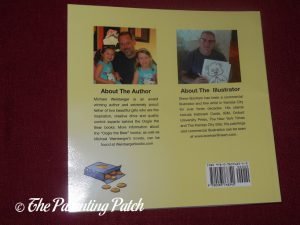 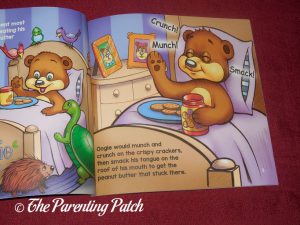 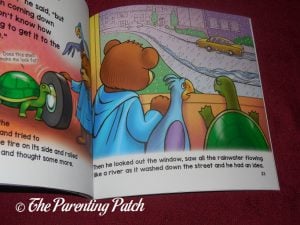 My five-year-old daughter is quite advanced in many school subjects. However, like her mama, math is her most difficult subject. When new concepts become difficult, she is prone to throwing a fit and giving up. I keep telling her that the point of school is to learn and that, if she already knew everything, then she would not have to do school. I remind her that some topics will be hard at first but will get easier over time with practice and that giving up when the going gets tough will not help anyone. That Oogie’s Rainy Day Adventure teaches about the value of perseverance makes receiving a copy of the book now perfect timing for me and my daughter.

What I like best about Oogie’s Rainy Day Adventure is that the book shows the importance of not giving up on a goal without sounds preachy. The story simply follows Oogie as he refuses to allow multiple setbacks to stop him from accomplishing his goal. The book provides me a perfect opportunity to talk to my daughter more about the value of perseverance. When she becomes frustrated during math lessons, I can remind her that Oogie ran into problem after problem at first but eventually succeeded in his rainy day adventure. The illustrations are also quite colorful and help bring the story to life. My toddler son also enjoys listening to me read the book out loud and looking at the colorful pictures.

If you are searching for a book that teaches about the value and necessity of perseverance, definitely check out Oogie’s Rainy Day Adventure written by Michael Weinberger with illustrations by Steven Bonham. The book tells the story of Oogie, a little bear who, despite the many obstacles set in front of him, refuses to give up on achieving his goal. The colorful illustrations help bring the story to life. I appreciate that the book provides me a perfect opportunity to talk more to my first grader about the value of perseverance.