Connect
To Top
ReviewsJune 21, 2015 This post may contain affiliate links

One of my reasons for homeschooling my children is to provide a strong foundation of science and math. In addition to reading and writing, I have already begun basic science and math lessons with my daughter. While watching Shark Tank awhile ago, my husband saw a new toy called Roominate that he mentioned getting for our daughter when she got a little older. Because of his enthusiasm for the toy, I eagerly accepted the chance to review the Roominate Studio set when recently offered the opportunity by the company. 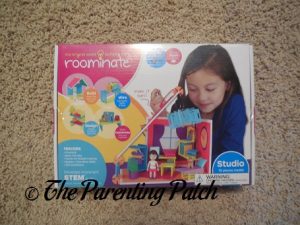 The Roominate Studio currently retails for $29.99. All Roominate products meet the American Society for Testing and Materials toy safety specifications (ASTM F963). The Studio kit comes with a total of 70 pieces:

Other similar building kits with the same number of pieces tend to cost at least twice as much, so I consider the Roominate Studio extremely reasonably priced. Additionally, smaller kits such as the 49-piece Architect Accessory Pack sell for $19.99 and larger ones such as the 201-piece Roominate Estate for $99.99. Roominate delivers high value for a reasonable price. 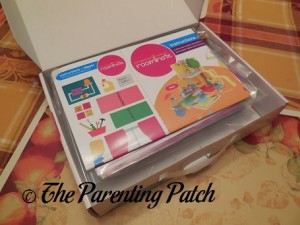 My daughter absolutely loves her Roominate Studio. When she had to pick up after the first day of playing with her new toy, she cried. The next morning, the first words out of her mouth to me were, “I want to play with my new school time toy.” She cried again when the time came to put the Roominate away. If I could say nothing else about Roominate, I would have to say that my preschooler daughter loves hers.

Although Roominate is recommended for kids 6 years and up, my 3-year-old daughter can play with much of hers already. Her father helped her put the motor circuit together, and I cut out all the small paper pieces, but she can put the building pieces together all by herself. She loves sitting at the kitchen table and building little creations for the doll and dog. If I let her, my daughter would spend hours creating her little masterpieces, saying, “Look what I made, Mommy!” every few minutes. I plan to buy her some additional Roominate sets in the near future because she loves playing with the Studio so much.

I must also admit that I have a great time building all sorts of fun creations with the Roominate Studio with my daughter. She and I spent a good hour making benches, bunk beds, stairs, computer desks, and more the first day that we played with the new toy. I really appreciated the idea  sheet included in the kit, which helped us get started building. After putting together a few creations from the sheet, my daughter quickly took off on her own. With only a few pieces, she can make almost endless creations!

In addition to the plastic building pieces, Roominate comes with craft paper and paper cutouts. Unlike most other construction toys, Roominate encourages creativity beyond stacking blocks. Right now my daughter simply loves to put the plastic pieces together, building benches, beds, seesaws, cars, diving boards, and more. As she gets older, however, she can also incorporate other details into her creations by adding the paper cutouts and making her own from the craft paper. Roominate encourages her to think outside the blocks!

I also love the simplicity of the creativity that Roominate encourages. Once my daughter uses up the craft paper that came with the Studio kit, she can keep creating by using any type of paper. Additionally, by including something as simple as colored paper with the construction kit, Roominate inspires young builders to use all sorts of other materials, not just the plastic pieces that come with the kit. Roominate wants to empowers kids to build endless amazing creations, a goal at which the company most certainly succeeds!

If you are shopping for a construction toy that encourages engineering and creativity for your child, I highly recommend Roominate. More impressively, my preschooler daughter practically begs to play with her new toy and sometimes even cries when the time comes to pick up, meaning Roominate is 100% child-approved. The Roominate Studio comes with a total of 70 pieces for only $19.99, which I consider reasonably priced. I especially love that Roominate additionally encourages creativity beyond plastic building pieces, including craft paper and paper cutouts in the kit that further inspire children to design and build. Because my daughter loves the Roominate Studio so much, I already have plans to buy her some additional kits. If you are looking for a toy that offers a unique blend of building, circuits, design, crafts, storytelling, and creativity, then look no further than Roominate. 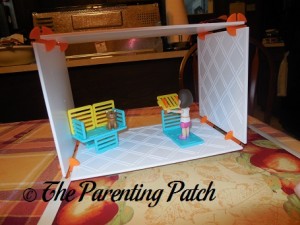 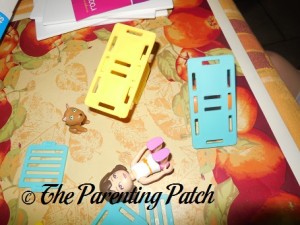 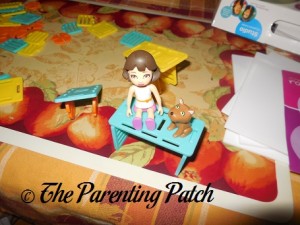 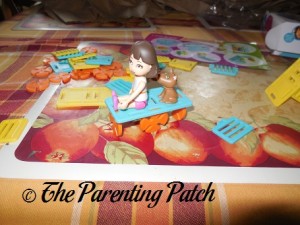 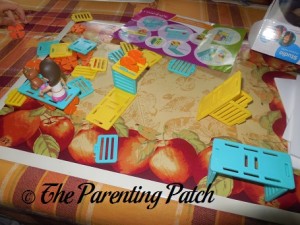 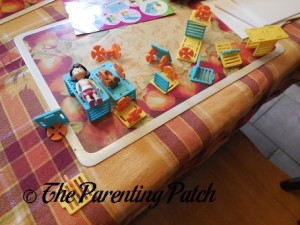