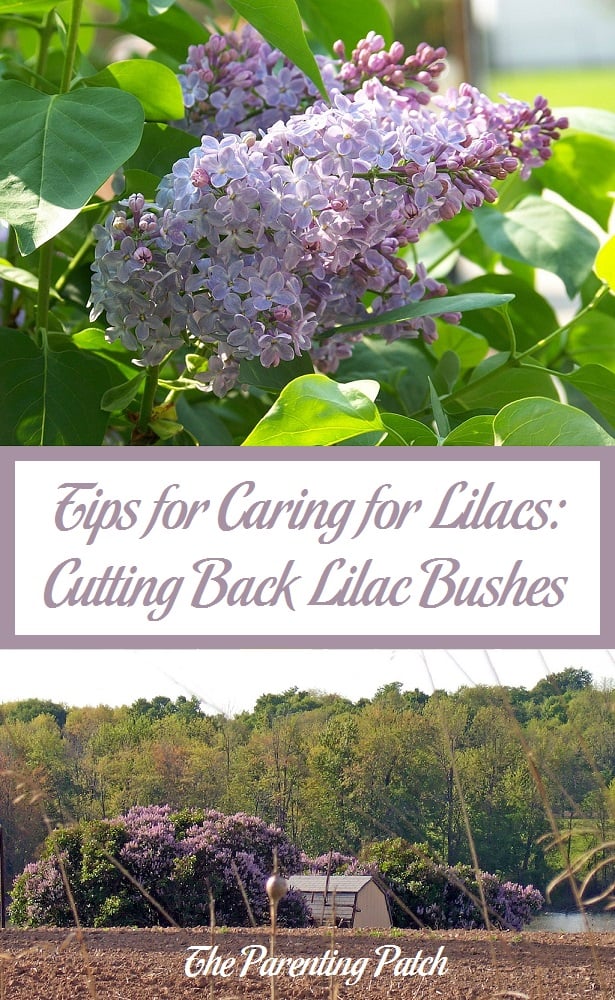 My grandmother passed away in 2008, and my grandfather passed away this past summer. My mother and aunt sold the house this last summer. However, before selling my grandparents’ house, my mother brought me some small shoots from the lilac bush that my grandma had brought into town from the old farmhouse. I am now working on getting some of my grandmother’s lilacs to grow in my backyard.

The lilac, whose scientific name is Syringa, is a family of approximately twenty to twenty-five species of flowering deciduous small trees and shrubs. With aromatically fragrant flowers whose shades range from white to pink to purple, lilacs are a favorite bush among gardeners throughout the United States and Canada and even across the world. Some varieties of lilacs remain only between four and eight feet tall when full grown while others can grow as large as ten to thirty feet tall. Cutting back lilac bushes is therefore essential for maintaining a healthy and beautiful garden. Because I want my grandmother’s lilacs to flourish, I have learned how to prune lilac bushes. Here are some tips.

When to Cut Back Lilacs 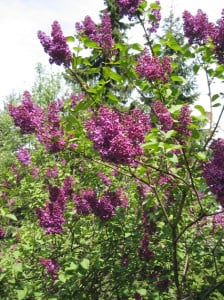 Lilacs, like many other shrubs, should be cut back to maintain both the health and the appearance of the plant. Because some varieties can grow to heights of thirty feet tall, pruning lilac bushes is especially important for gardens in cities or other confined spaces. Bushes that are not cut back may also become overgrown, less attractive in appearance, and more susceptible to disease and pest infestations. Lilacs that are left unpruned may also produce fewer flowers than pruned bushes.

As with other aspects of plant care, there are both right times and wrong times to cut back lilac bushes. The best time to prune lilacs is immediately after the plant has finished blooming for the year. Pruning the bush earlier will unnecessarily destroy its flowers while cutting the bush back any later may not allow enough time for the new shoots for new flowers to develop for the next blooming season. Generally, lilacs do not need to be cut back until the plant reaches eight to ten feet tall. However, the best time to prune the entire bush down to the ground is at the beginning of spring. Lilacs should be cut back annually.

How to Prune Lilacs

To prune a lilac bush, begin by removing larger stems from the center of the plant with a pair of sharp gardening shears or clippers. Always cut at the base of a shoot rather than in the middle or near the end. Then move all the old blooms that have died off. Finally shape the lilac bush by removing any unwanted branches including overly tall branches, new shoots growing from the ground, and any branches sticking out from the main section of the plant. Cutting off the entire top of the bush in a horizontal line is not recommended because lilacs tend to look better with rounded tops. However, the best way to shape a lilac bush is to suit the personal taste of the gardener. When it comes to lilacs, beauty really is in the eye of the beholder.

If a lilac bush has become extremely overgrown, plan on cutting back the plant over a period of three years. Each year after the flowers have bloomed and died, prune one-third of the lilac. Begin by cutting off the oldest branches first. A severely overgrown bush may also be pruned down to the ground. Simply cut off all the shoots and branches at about one to three inches from the ground. Because lilacs are hardy plants, the remaining portion will send out new shoots during the growing season.

Because some lilac plants can grow to heights of ten to thirty feet is left uncontrolled, cutting back lilac bushes is essential for maintaining the good health of the plant and an attractive appearance of the garden. I really want my grandmother’s lilacs to survive and flourish in my back yard, so I am following the tips for cutting back lilac bushes are best as possible. Happy gardening!