I am a fan of making my own baby food for my daughter, and my daughter is a huge fan of the homemade baby food that I serve her. At almost eighteen months old, she does eat regular big girl food. However, for two of her meals each day, I feed her mashed baby food that I make myself. She enjoys the taste and texture. I like that I can ensure that she gets all the nutrients that her growing body needs by combining different fruits, vegetables, and whole grains at each meal. One of my most recent baby foods that I made was apples and pears.

Although high in natural sugars, pears are very low in sodium, cholesterol, and saturated fat. Pears are also a good source of vitamin C and a very good source of dietary fiber. I left the skin on the pears because pear skin contains at least three to four times as many phenolic phytonutrients as the flesh. Phytonutrients include antioxidant, anti-inflammatory flavonoids and potentially anti-cancer phytonutrients like cinnamic acids, making the skin even healthier than the flesh. Although also high in natural sugars, apples are very low in saturated fat, cholesterol, and sodium and are a good source of dietary fiber, vitamin C, vitamin A, and folate. I also left the apple skin intact because the skin of apples helps protect against cancer more and provides more nutrients than the rest of the apple. 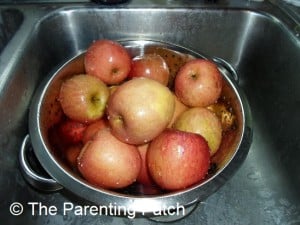 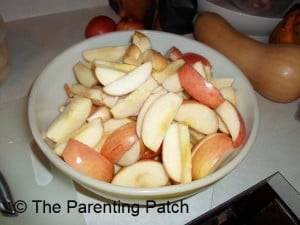 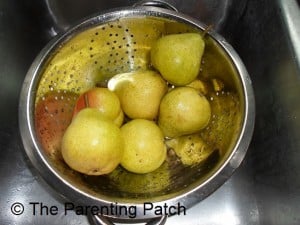 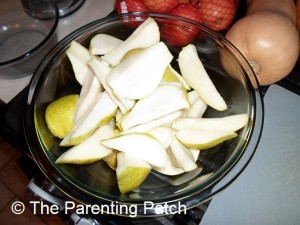 To make my homemade apple and pear baby food, I started by washing the apples and pears that I had bought at my local grocery store. I then used my apple slices to core and slice both the apples and the pears. I left the skins intact because of all the nutrients in the skins. After slicing the fruit, I put the apple and pear slices in separate microwave save bowls with a little extra water for cooking. I then cooked the fruit in the microwave for about twenty minutes each, checking on the progress after ten minutes. 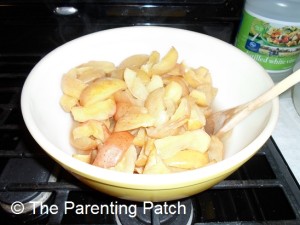 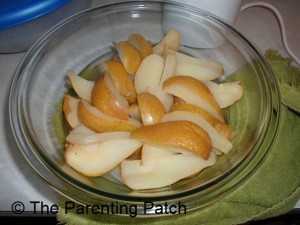 Once the fruit was cooked and tender, I allowed each bowl to cool down a bit. I then transferred some of the cooked apple slices into my baby food processor to make some plain apple baby food. After mashing about half of the apples into plain apple baby food, I combined the rest of the apples with the cooked pears to make apple and pear baby food. I then transferred the baby food into ice cube trays for easier freezing. After the cubes froze, I moved the frozen baby food into a freezer bag for easier storage. As my daughter needs food, I simply unthaw a few cubes. Easy and delicious! 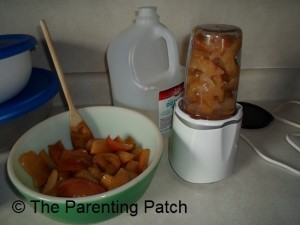 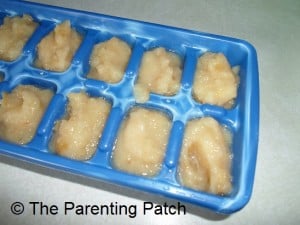 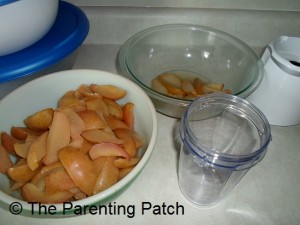 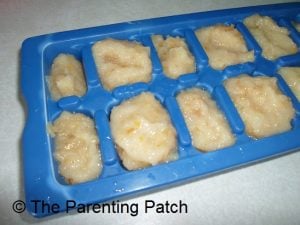 Have you ever made your own homemade baby food for your child?