My toddler daughter is a foodie. Ever since she started eating solid foods, she wanted the same foods as mommy and daddy. Although she will eat store bought baby food when hard pressed, she prefers the homemade baby food that I make her from mostly fresh fruits and vegetables. Two of the most recent baby foods that I made her were pears and pears with cherries. 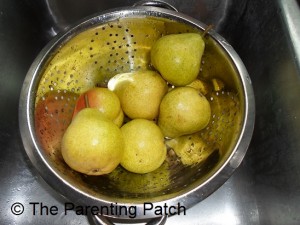 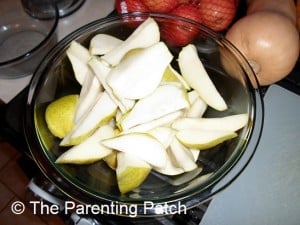 To make the pear and pear with cherry baby food, I started with fresh pears that I purchased from my local grocery store. I then washed and cut the fruit into slices using my apple slicer. I left the skin on because the skin of pears contains at least three to four times as many phenolic phytonutrients as the flesh. Phytonutrients include antioxidant, anti-inflammatory flavonoids and potentially anti-cancer phytonutrients like cinnamic acids, making the skin even healthier than the flesh. 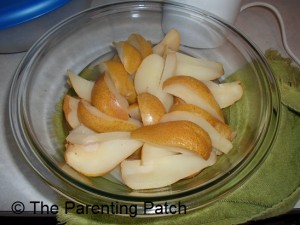 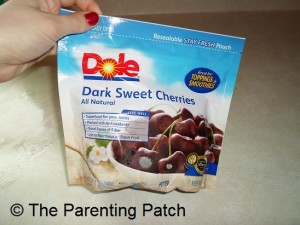 After sticking the pear slices in a microwave safe bowl, I added a little distilled water to the bowl and microwaved the pears for about twenty minutes, checking the progress after ten minutes. While the pears cooked, I thawed a bag of frozen dark sweet cherries. You can also use fresh cherries that you pit and cook, but, because cherries are currently not in season in my neck of the woods, I opted for frozen without any sugar added. 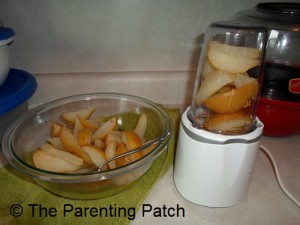 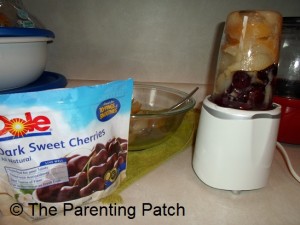 Once the pears were cooked and had cooled slightly, I transferred some of the cooked fruit with a little additional water into my baby food processor. I pureed the mixture to make plain pear baby food. I also combined the pears with the cherries to make pear and cherry baby food. I spooned both purees into ice cube trays for easier freezing. Once frozen, I moved the cubes into freezer bags for easier storage. As my daughter needs food, I simply thaw the number of cubes that she usually eats. 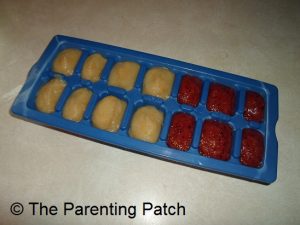 What kind of fruits do your children like? Do you make your own baby food or opt for store bought?