My daughter is a huge fan of vegetables. When she turned six months old last year, her first food was homemade sweet potato baby food. Even though she is now seventeen months old, she still loves the homemade baby food that I made her from fresh fruits and vegetables. I love that popping a few frozen food cubes out of the freezer is so easy. I also love that I can combine a variety of cubes at each meal to ensure that my daughter gets all of the nutrients that she needs to keep her growing body healthy. 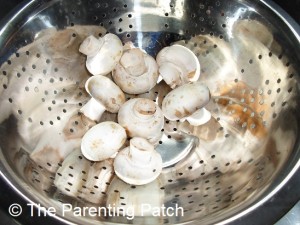 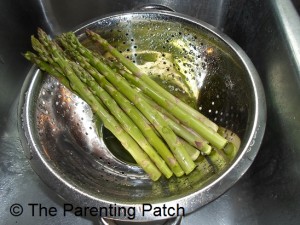 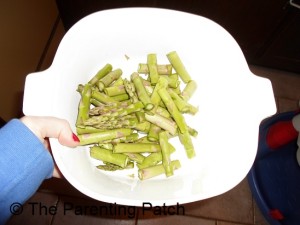 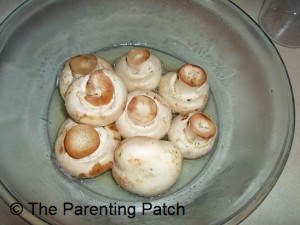 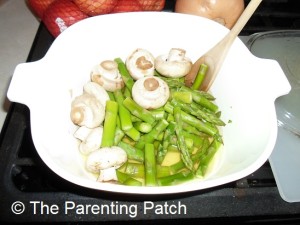 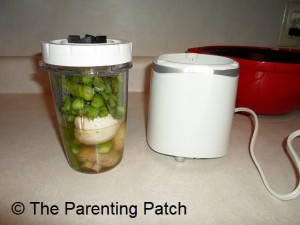 After the mushroom and asparagus were cooked to tenderness, I allowed both foods to cool slightly. I then put some of each in my baby food processor and mashed up the mixture. Once the baby food was mashed, I spooned mixture into ice cube trays for easier freezer. After the cubes froze, I moved the frozen baby food into a freezer bag for easier storage. As my daughter needs food, I simply unthaw a few cubes. Easy and delicious! 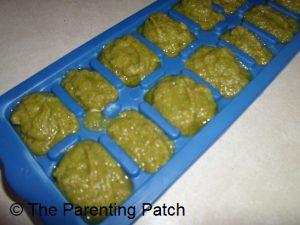 Do your kids like mushroom and asparagus? Have you ever made your own baby food?