My favorite plant to grow in my home garden, pumpkins — whose scientific names are Cucurbita pepo, Cucurbita maxima, Cucurbita mixta, and Cucurbita moschata — refer to a family of gourd-like squashes whose colors range from bright orange to tannish yellow. I love cooking with pumpkin in the fall and winter and decorating my house with the lovely gourds during the autumn season. Pumpkin is low in saturated fat, cholesterol, sodium, and calories but high in nutritious vitamins and minerals like vitamin A, vitamin B6, vitamin C, vitamin E, folic acid, iron, thiamin, niacin, magnesium, phosphorus, riboflavin, potassium, copper, and manganese. Pumpkin is also an excellent source of dietary fiber. All of these health benefits make pumpkin a favorite plant among many gardeners. I also consider pumpkins one of the easier plants to grow.

The first steps for growing a pumpkin patch in your garden are to select an area for your patch and to pick out a variety of pumpkin. As vined plants, pumpkins need a lot of room to grow. Do not attempt to grow pumpkins in a container. Unless you want to devote a large space to growing pumpkins, you should stick to a variety that produces small to medium fruits. Autumn Gold, Connecticut Field, and Small Sugar pumpkins are popular smaller varieties that are good for both carving and eating. The space for your pumpkin patch should receive full sun for at least six hours a day because pumpkins need a lot of sunlight for maximum growth. To grow pumpkin in a home garden, start by preparing your soil. The soil should retain moisture but not flood to promote growth but prevent rotting and must be rich in nutrients. Add compost or fertilizer as necessary when preparing the soil. Last year I planted my pumpkins next to the rock border on the side and front of my house so that the vines could grow over the rocks. I did not have to worry about flooding, and I had plenty of room for the vines to spread out. 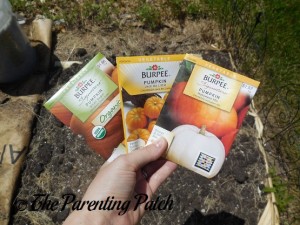 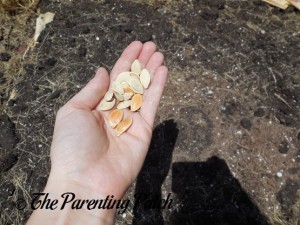 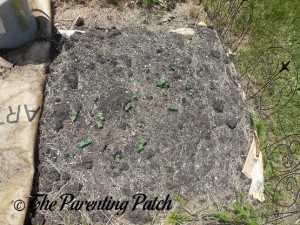 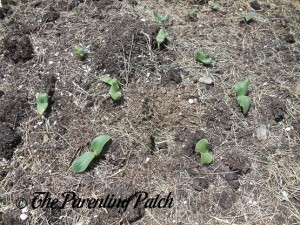 After preparing your soil, plant your pumpkin seeds. In most areas of the United States, pumpkin seeds should be planted at the end of May or beginning of June to ensure a healthy fall pumpkin patch. Pumpkins are intolerant to frost and freezing temperatures, so do not plant until well after the last frost of the spring. Always wait to plant after the soil has warmed up and never plant before the last frost date because pumpkin is intolerant to frost and freezing temperatures. Create small mounds of dirt and plant three to six seeds in each mound. Space the mounds no closer than a foot apart. Water the seeds immediately after planting. 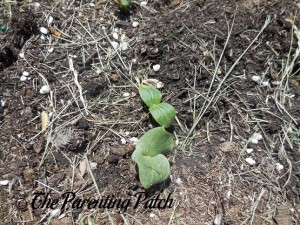 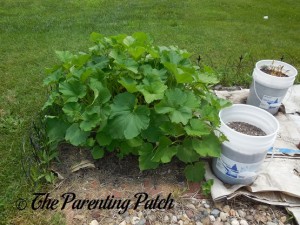 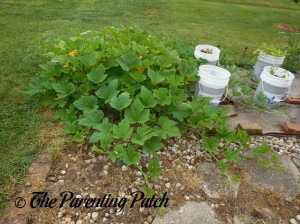 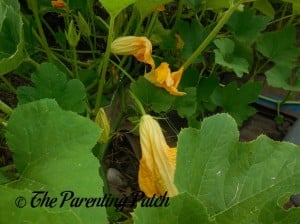 Once seedlings emerge, thin down to one to three of the strongest plants per mound. For a smaller patch, leave one seedling per mound. For a larger patch, leave three. As the seedlings grow into vines, you must guide the plants to grow in a certain direction. Unattended pumpkin vines will grow anywhere and everywhere. I have even had vines grow up into my sand cherry bushes. Space the vines apart to prevent the plants from growing onto each other. Make sure the soil around the roots of the pumpkin vines remains moist, but do not overwater your pumpkins. 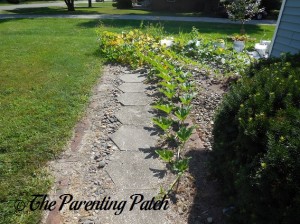 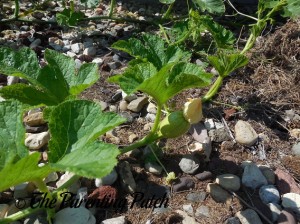 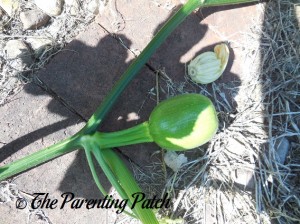 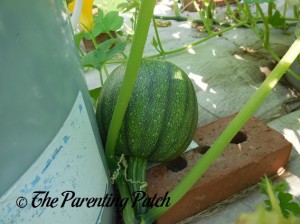 As pumpkins grow on the vines, protect the fruits from moisture by placing straw under each pumpkin. Because my vines grew up over my rock border, I did not have to worry about excess water last year. In addition to too much moisture, the second biggest threat to pumpkins insects. For smaller pumpkins, use nylon stockings or panty hose around the growing fruits to protect against insects. Some gardeners use dichotomous dirt as a safe method of protecting pumpkins from insects. I also have had luck with simply picking the bugs off the vines and squishing the annoying buggers. 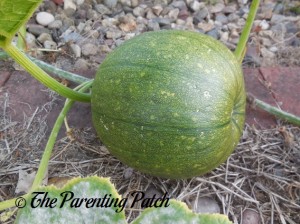 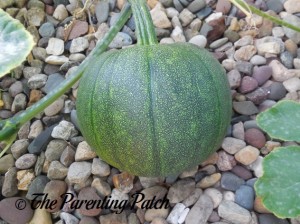 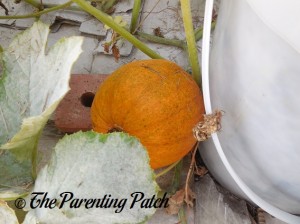 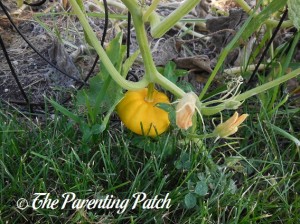 Most varieties of pumpkin mature at around one hundred days after planting. Cut the fruits from the vines with a pair of pruning shears once the pumpkins have attained their full color. Remove the old vines from the soil and discard after all the pumpkins have been picked.

Pumpkins are a favorite crop among many gardeners in the United States and across the world. I personally think of the holidays — Halloween, Thanksgiving, and Christmas — when I think of pumpkins. Owning my own house with a yard allows me the opportunity to grow my own pumpkins for the holiday season. If you also want to grow your own pumpkins to make your own yummy homemade treats, learning how to make a pumpkin patch in your garden is easy with these tips and instructions. If you have a younger baby at home, try my pumpkin and zucchini baby food recipe.

What tips do you have for growing pumpkins in a home garden?