Connect
To Top
BlogMarch 4, 2014 This post may contain affiliate links

How to Grow Cucumbers in a Home Garden: An Illustrated Guide 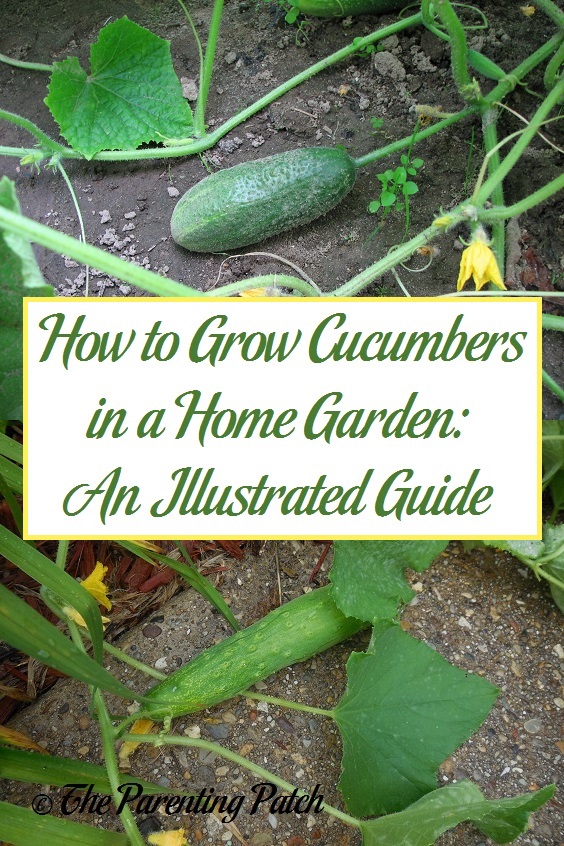 Cucumber, whose scientific name is Cucumis sativus, is a family of gourd-like warm weather vegetables that is related to squash and melon. My family and I love eating cool cucumbers during the warm summer months. Cucumbers are low in saturated fat and very low in cholesterol and sodium. Although a large portion of the calories come from sugars, cucumbers are a good source of vitamin A, pantothenic acid, magnesium, phosphorus, and manganese and a very good source of vitamin C, vitamin K, and potassium. Cucumbers are available in many varieties, all of which are pretty easy to grow in a home garden. Learning how to plant and care for a cucumber garden is easy with these simple tips and instructions. To grow cucumber in a home garden, start by preparing your soil. Because the vegetable has shallow roots, cucumbers need fertile soil that retains moisture. Cucumbers also need large, open spaces to grow and plenty of sunlight. You can grow cucumbers directly in your garden, but I have also had success with starting my plants inside and transferring the seedlings into my garden once the weather warmed up sufficiently. I also plant multiple cucumber plantings at the beginning of the summer so that I can harvest my vegetables over a longer period of time throughout the growing season. Cucumbers are tender plants, meaning that cucumbers do not tolerate cold temperatures or frost. I like to start some of my cucumbers inside at the end of winter and then transfer the seedlings outside in the spring so that I can harvest the fruit of my labors longer over the summer months. When I start my seeds inside, I plant three to five seeds in each transplant container. If you are starting your cucumbers directly in your garden, plant three to five seeds in small hills about half an inch to an inch deep. If you are starting your plants inside, transplant the small seedlings into your garden once a few small leaves appear.

Water your newly planted seeds and transplanted seeds immediately. Because cucumbers are mostly water, you also need to keep you growing cucumber plants well watered. Water your cucumbers frequently to prevent the soil from drying out. However, do not drown the plants. Too much water can also cause mold, mildew, and other diseases on your cucumbers. The biggest threat that I have found when growing cucumbers in my home garden are pests. Cucumber beetles and other bugs are especially fond of cucumber plants. Some gardeners use dichotomous dirt as a safe method of protecting cucumbers from insects. I also have had luck with simply picking the bugs off the vines and squishing the annoying buggers.

Begin harvesting your cucumbers as soon as the fruits begin appearing on the vine. Smaller cucumbers tend to taste better, although I have used larger cucumbers for pickles with some success. Follow the directions on your seed packet to determine the best size at which to harvest your cucumbers. After you harvest your cucumbers, you can prepare and serve both in a variety of healthy dishes. If you have a young baby, try my carrots, peas, and cucumbers baby food recipe. Topping cucumbers with ranch tuna salad also makes for a great summer meal.

What tips do you have for growing cucumbers in a home garden?