Homemade baby food is super simple to prepare. Making your own baby food at home is also cheaper than buying commercial baby foods. Homemade baby food is often healthier than store bought varieties. Babies often prefer homemade food because the flavors are more intense than the much blander commercial foods. For my daughter, I started making her homemade baby food when she started eating solid foods at six months old. Ever since then, she has preferred my baby food to the few packages of store bought that I tried to feed her. Even now as a toddler, she still enjoys the foods that I lovingly prepare for her. One of the most recent baby foods that I made was a carrot, pea, and cucumber blend. 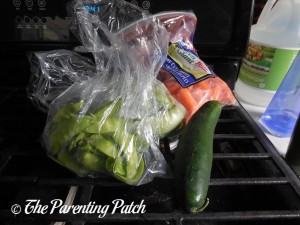 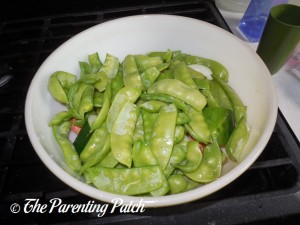 My husband and daughter had bought some fresh peas at a local farmers market. I also had some carrots and a cucumber sitting in my fridge, so I decided to whip up a batch of vegetable baby food for my daughter. I started by washing and snapping the peas and washing and cutting the cucumber. I then combined all three vegetables in a microwave safe bowl. After adding a little water for cooking, I heated the vegetables in my microwave for about twenty minutes, checking on the progress after ten. 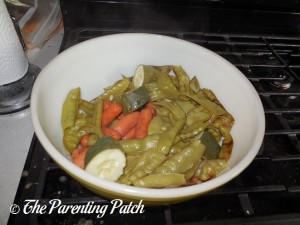 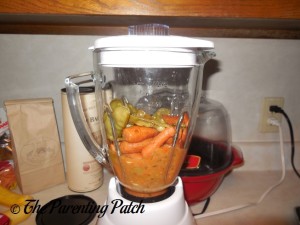 Once the vegetables were cooked and cooled slightly, I spooned the mixture into my blender. For younger babies, simply add a little more water for a thinner puree. Because my daughter is a toddler, I left the blend pretty thick so that she could work on chewing her food. Once the vegetables were blended, I spooned the mixture into ice cube trays for easier freezing. Once the cubes were frozen, I transferred the baby food into freezer bags for easier storage. As my daughter needs food, I simply pop out a few cubes to thaw in the refrigerator. 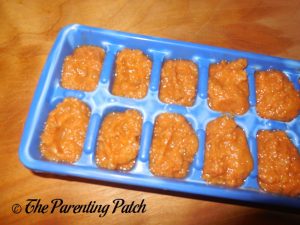 What combinations of vegetables do your kiddos enjoy?