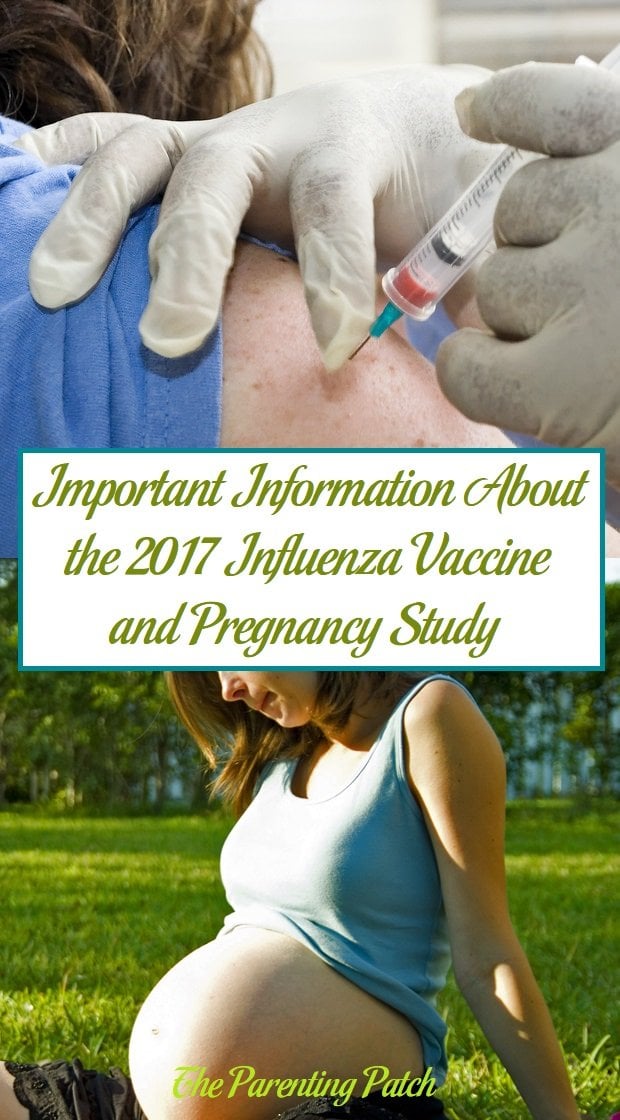 Influenza, or the respiratory flu, is an acute viral infection that spreads easily from person to person. The viral disease is a serious public health problem that causes severe illnesses and deaths for higher risk populations but that circulates worldwide and can affect anybody in any age group. Symptoms of the flu include fever, chills, cough, sore throat, runny or stuffy nose, muscle or body aches, headaches, and fatigue. Respiratory influenza is not the same as the stomach flu. Pregnant women have an increased risk of complications from the flu. The seasonal flu shot provides protection against influenza. Infants are also at an increased risk for complications from the flu, but vaccination during pregnancy provides some protection against the contagious disease among newborns.

Both the World Health Organization (WHO) and the Centers for Disease Control and Prevention (CDC) recommend that pregnant women receive the inactivated seasonal influenza vaccine at the beginning of each flu season. In an inactivated vaccine, the virus within the vaccine is dead and no longer infectious. One of the ways in which pregnancy affects the body is to lower the response of the immune system. To prevent the body from rejecting the pregnancy, the immune system essentially weakens. Although great for not attacking and killing a growing fetus, a weakened immune system increases the likelihood of contracting a potentially harmful illness like the flu. If a woman becomes infected with an influenza virus while pregnant, her chances of experiencing complications are increased including miscarriage, stillbirth, premature birth, birth defects, and maternal death.

To date, millions of seasonal influenza vaccines have been administered including to pregnant women for decades with a good safety record. Data on the flu vaccine during the first trimester, however, has been limited. A recent study published in the September 2017 issue of the journal Vaccine sought to determine use of the influenza vaccine containing pH1N1 was associated with spontaneous abortion (SAB), or miscarriage. Funded by the CDC, the study found that women vaccinated early in pregnancy with a flu vaccine containing the pandemic H1N1 (H1N1pdm09) component and who also had been vaccinated the prior season with a  H1N1pdm09-containing flu vaccine had an increased risk of spontaneous abortion (miscarriage) in the 28 days after vaccination. Most of the miscarriages occurred during the first trimester, but several occurred during the second trimester, with the median gestational age at the time of miscarriage at 7 weeks.

Vaccination opponents have taken the results of the recent study as evidence against the safety of the flu vaccine during pregnancy and vaccination in general. However, the CDC cautions against such action because the present study does not quantify the risk of miscarriage and fails to prove that the influenza vaccine was the cause of the miscarriage. Also importantly, earlier studies have not found a link between flu vaccination and miscarriage. One hallmark of a legitimate study is replicable results. An ongoing study continues to investigate the results of the study in question, with results anticipated in late 2018 or 2019. Neither the CDC nor its Advisory Committee on Immunization Practices (ACIP) have changed the recommendation for influenza vaccination of pregnant women. Pregnant women should continue to receive the flu vaccine during any trimester of pregnancy because the respiratory flu poses a danger to pregnant women and a flu vaccine can prevent influenza in pregnant women.

The CDC additionally notes some limitations of the present study. First, the case study looked at data from a small number of women in a subgroup who received H1N1-containing vaccines in consecutive years. Of 919 potential cases identified, only 485 were eligible and confirmed by medical record review. Studies that involve fewer participants can provide imprecise results and are not necessarily applicable to the general population. Second, one possibility to explain the correlation found in the study is that women who have an increased risk for miscarriage might also be more likely to have received influenza vaccine. In other words, an increased risk of miscarriage may have led to the increased use of the influenza vaccine rather than the vaccine increasing the risk of miscarriage. In either case, correlation does not equal causation. Third, many miscarriages occur early in pregnancy for many reasons, many not coming to medication attention. The effects on the findings of miscarriages that were not identified is unknown. Fourth, the case-control study estimated an odds ratio of vaccination among women who had a miscarriage compared to those who did not but did not estimate risk of miscarriage after influenza vaccination. The results of the study therefore cannot be used to estimate the probability of miscarriages for pregnant women who received an H1N1-containing flu vaccinations two years in a row.

Earlier studies have also not found an increased risk of miscarriage among women who receive the influenza vaccine during pregnancy. For example, a 2012 study published in the Canadian Medical Association Journal performed a randomized study designed to test the effectiveness of inactivated influenza and pneumococcal vaccines during pregnancy. Influenza infection can inhibit intrauterine growth of the fetus. The study found that maternal immunization during pregnancy was associated with a lower proportion of infants who were small for gestational age and an increase in mean birth weight. A six-year study published in 2015 in the journal Obstetrics and Gynecology confirmed the safety of the influenza and Tdap vaccines during pregnancy to protect both mother and baby from the respiratory flu and whooping cough. For the study, researchers analyzed data on 36,844 women between the ages of 14 and 49 who flu and whooping cough vaccines during pregnancy between 2007 and 2013. The study found no significant increased risk of fever or other adverse effects to mother or baby.

The CDC also notes other earlier studies have supported the safety of the influenza vaccine among women during pregnancy. A 2011 review of the Vaccine Adverse Reporting System (VAERS) found no unusual or unexpected patterns of reporting for pregnancy complications or adverse fetal outcomes among pregnant women and flu shots. A small 2013 study of 243 women with spontaneous abortion and 243 matched control group women using Vaccine Safety Datalink (VSD) data found no statistically significant increase in the risk of pregnancy loss in the four weeks after vaccination with the seasonal inactivated influenza during the 2005 to 2006 or 2006 to 2007 flu seasons. A large 2013 study of 74,292 vaccinated females matched on age, site, and pregnancy start date with 144,597 unvaccinated females using VSD data found that influenza vaccination during pregnancy was not associated with increased risks for medically attended adverse obstetric events. Another VSD study of 57,554 matched vaccinated and unvaccinated pregnant women published in 2014 concluded that use of the trivalent inactivated influenza vaccine during pregnancy was not associated with increased or decreased risk of preterm or SGA birth. Finally, a 2017 study that examined risks for major structural birth defects in infants after first trimester inactivated influenza vaccine (IIV) exposures concluded that first trimester maternal IIV exposure was not associated with an increased risk for selected major structural birth defects in this large cohort of singleton live births.

While the findings of the study in question at first appear scary, understanding the limitations of the small case study and the position of the study within the larger context of the body of evidence of the safety of the influenza vaccine during pregnancy put the results in better perspective. The small study did not quantify the risk of miscarriage and did not prove that flu vaccine was the cause of the miscarriage. Remember: Correlation does not equal causation. Additional research on the findings is necessary and presently ongoing with results anticipated in late 2018 or 2019. Most importantly, the CDC continues to recommend influenza vaccination for pregnant women in any trimester. At present, the benefits of influenza vaccination during pregnancy continue to outweigh the risks.