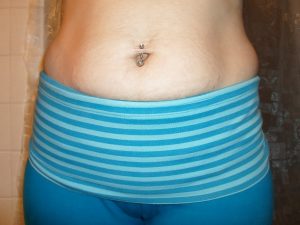 Although pregnancy is the most common cause of a missed period, many other factors influence the menstrual cycle. Amenorrhea is the medical term for the absence of one or more periods. Primary amenorrhea is the complete lack of menstrual periods in women who are 15 years old or older and who have never had a period. Secondary amenorrhea, which is the most common type of amenorrhea, describes when a woman, who had regular menstrual cycles, misses one or more periods. Two reasons, other than pregnancy, can result in a late period: anovulation and late ovulation.

In order to menstruate, a woman must ovulate. However, the hormones that control ovulation are sensitive to both internal and external factors. The lack of ovulation is called anovulation. Some of the most common reasons for anovluation include the following:

If you experience any of the above, it may mean that your period will be late. While it is not a cause for concern, it could be the wake-up call you need to improve your lifestyle, especially if you experience stress, anxiety, or see fluctuations in your weight. Stress and anxiety can be normal emotions, but high levels can be damaging to your health, which is why you may decide to seek out alternative treatments. From checking out cannabis dispensaries like low price bud and finding the most effective strains on the market to scheduling an appointment with a doctor, or taking prescribed medication, you should try and do something about it before it takes over your life and affects your health even further.

However, if you’re like me and you breastfeed, you may find problems concerning your period too.

For example, I have been breastfeeding my daughter for over fifteen months but have not yet experienced my first post-pregnancy period. Because the hormones involved in breastfeeding suppress the hormones that control ovulation, I am experiencing lactational amenorrhea, or the lack of a period during breastfeeding. My period is technically about fourteen months late, but I am most definitely not pregnant.

One noninvasive method for determining ovulation is the Fertility Awareness Method. By charting her basal body temperature and cervical fluids, a woman can determine if and when she is ovulating. An ovulation predictor kit can also help a woman figure out if she is ovulating or not. If a woman determines that she is not ovulating, then she can contact her health care provider. Pregnancy cannot occur without ovulation, but, fortunately, medical treatments including certain medications can induce ovulation in anovulatory women.

Another reason for a late period is late ovulation. Although ovulation occurs on average on day 14 of the menstrual cycle, many women ovulate later. For example, if a woman ovulates on day 21 of her cycle, then her next period will start around day 35. If she expects her period to start around day 28, then she will erroneously believe that her period is late. In reality, the time between the first day of her last period and ovulation is slightly longer than average. Therefore, the number of days between her two periods will be longer than average. Her period is not actually late.

In addition to later than average ovulation, a woman may have a luteal phase than is longer than the average. Although the average luteal phrase is 14 days long, the time between ovulation and the next period can last from as short as 12 days to as long as 16 days or more. For example, if a woman ovulates on day 14 and has a luteal phase of 16 days, then she may erroneously think that her period is late when she does not start menstruating around day 28. To determine the usual length of her luteal phase, a woman can chart her cycles to determine ovulation and then count the number of days between ovulation and her next period. A woman can then more accurate determine if her period is late or if she just has a longer than average luteal phase.

Although the lack of a period often indicates pregnancy, two other causes can also result in a late or missed period: anovulation and late ovulation. The hormones that control the menstrual cycle are sensitive to outside factors, so amenorrhea does not necessarily mean that a woman is pregnant.

Disclaimer: The information provided in this article is not meant to replace the professional medical advice from your health care provider.