When my daughter started eating solid foods at six months old, her first foods were homemade baby foods that I lovingly prepared for her. As she grew older, she started eating other foods. However, to fill in any nutritional gaps, I continued feeding her the homemade baby that I had stockpiled in my freezer. One of the baby foods that I made for her at the end of last summer was an apple and beet baby food made with apples from my apple tree and beets from my mom’s garden. 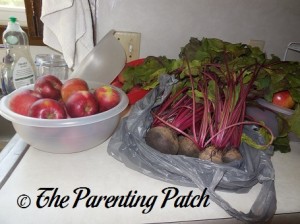 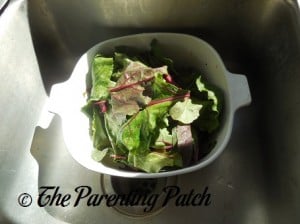 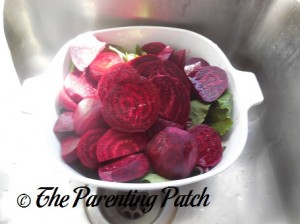 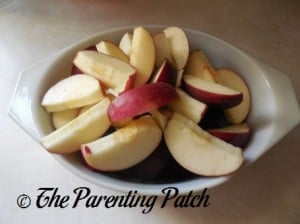 To make the apple and beet baby food, start by washing both foods in cool water. Shred the beet greens into smaller pieces, and slice both the beets and the apples. Place the apples, beets, and beet greens in a microwave safe bowl with a little additional water for cooking. Cook the foods for ten to twenty minutes or until both the apples and beets are cooked and softened. Check on the progress every few minutes, and stir as needed. 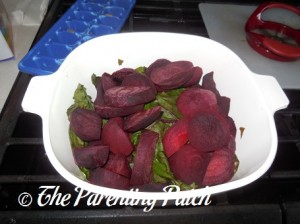 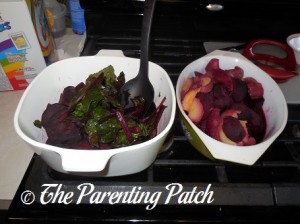 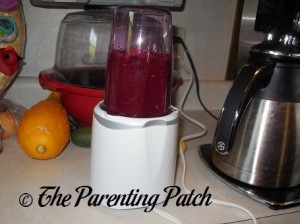 Once the apples and beets are cooked, allow the food to cool slightly. Then spoon some of the apples, beets, and beet greens into a baby food processor or blender. Blend the mixture together until smooth or even a little chunky. Add extra water to make a thinner puree for younger babies. Add less water and blend less for a thicker mash for older toddlers. Once the mixture is adequately mashed, spoon the baby food into ice cube trays for easier freezing. After the cubes are frozen, move the cubes of baby food into a freezer bag for easier storage. As your baby needs food, simply remove a few cubes from the freezer to thaw in the refrigerator. 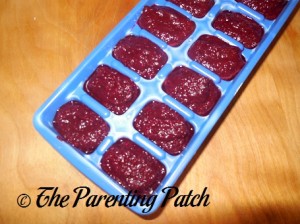 Does your kiddo like apples and beets? Do you make your own baby food?