My toddler daughter is quite the little foodie. From the time that she started eating solid foods at exactly six months old, I have primarily made homemade baby food for her. Now that she is over nineteen months old, she still eats the baby food that I make her. She does eat other foods that we give her, but she still loves her baby food twice a day. By adding less water, I make her toddler food pretty thick instead of the thinner purees that I used to make. She loves the taste and texture. I love the convenience of popping out a few baby food cubes as well as knowing that she is getting a well-balanced diet full of healthy fruits, vegetables, and whole grains. One of the most recent foods that I made my daughter was snow peas, mushrooms, and broccoli. 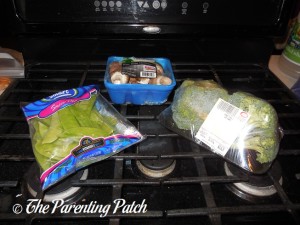 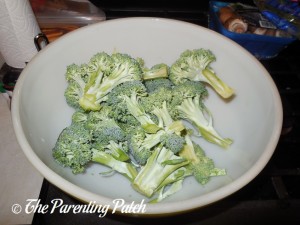 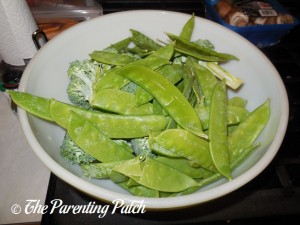 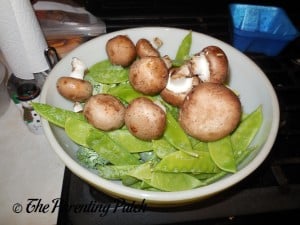 To make the snow pea, mushroom, and broccoli baby food for my daughter, I started by picking up the veggies at my local grocery store. (Yes, I know that mushrooms are technically fungi, not vegetables.) Then I washed everything thoroughly. After chopping up the broccoli into smaller pieces, I put all the veggies in a microwave safe bowl with a little extra water for cooking. I then microwaved the food for about fifteen minutes, checking after ten minutes to stir the concoction. After the broccoli was cooked to tender, I let the mixture cool slightly. 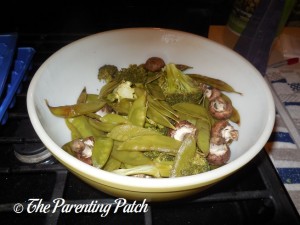 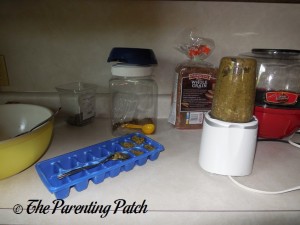 Once the cooked veggies had cooled slightly, I transferred some with a little extra water into my baby food processor. For a thinner puree, simply add more water. I then mashed the mixture up into a thick toddler food. I then spooned the mashed veggies into ice cube trays for easier freezing. Once the cubes were thoroughly frozen, I transferred the baby food into freezer bags for easier storage. As my daughter needs food, I simply take out a few cubes to thaw in the refrigerator or microwave. 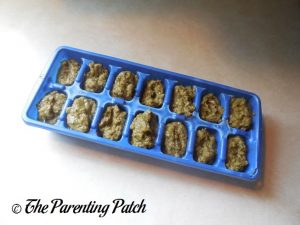 Do your kids like snow peas, mushrooms, and broccoli?