For almost an entire year, my toddler daughter has said that she wanted to be a pumpkin for Halloween. Because October is unpredictable in terms of temperatures in our neck of the woods, I wanted to create her a pumpkin costume that offered some versatility. More specifically, I wanted to make a costume that could be worn over regular clothes to keep my daughter warm should Halloween be especially chilly this year. 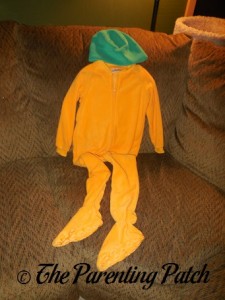 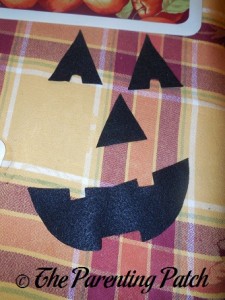 After quite a bit of thought and consideration, I decided that the best and easiest route for making a pumpkin costume for my toddler involved footed pajamas. After scouring Amazon, I found some orange fleece foot pajamas that would keep my daughter toasty warm on a cold Halloween. I also ordered a cozy green fleece hat. Using black felt and my sewing skills, I then attached a Jack o’ lantern face to the front of the pajamas. (My daughter designed the face.) With just three simple materials, I created a snuggly warm and versatile pumpkin Halloween costume for my toddler daughter.

To complete my pumpkin patch, I also dressed my newborn son in a snuggle pumpkin outfit. While garage sale shopping this past summer, I found a cozy pumpkin suit for super cheap. Because I might have given birth before Halloween, I decided to buy the outfit just in case I needed a newborn Halloween costume. And my son sure did arrive before Halloween! So now he and his big sister are both adorable little pumpkins this year! 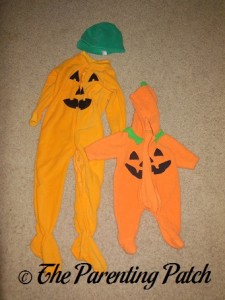 Happy Halloween from The Parenting Patch!