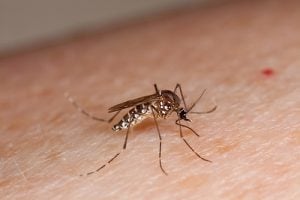 The Zika virus made news in the United States two weeks ago when the first case of brain damage linked to the virus was reported in Hawaii. The Hawaii State Department of Health reported that a baby born in an Oahu hospital with microcephaly had been infected with the Zika virus. The Centers for Disease Control and Prevention (CDC) confirmed the infection. The mother of the baby had lived in Brazil in May last year and had probably been infected with the virus by a mosquito early in her pregnancy at that time.

Said Dr, Sarah Park, the state epidemiologist in Hawaii, in a statement, “We are saddened by the events that have affected this mother and her newborn. This case further emphasizes the importance of the C.D.C. travel recommendations released today.”

Commented Dr. Lyle R. Petersen, chief of vector-borne diseases for the CDC, on the travel health notice, “We believe this is a fairly serious problem. This virus is spreading throughout the Americas. We didn’t feel we could wait.” 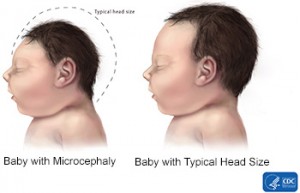 More alarmingly, the Zika virus has been linked to a birth defect called microcephaly. Microcephaly is a birth defect in which the head of a baby is smaller than expected when compared to babies of the same sex and age. Affected babies often have smaller brains that might properly not developed properly during pregnancy or have stopped growing after birth. Microcephaly has been linked with other problems including seizures, developmental delay, intellectual disability, movement and balance problems, feeding problems, hearing loss, and vision problems. Microcephaly is an uncommon condition, affecting an estimated two babies per 10,000 live births to twelve babies per 10,000 live births in the Unites States. Microcephaly is a lifelong condition with no known treatments or cures.

Although the association between the Zika virus and microcephaly is not yet conclusive, researchers are studying the possible link. That Zika may cause microcephaly in babies made headlines in October when doctors in Pernambuco State of Brazil noticed a surge in cases of microcephaly. The country normally sees about 150 cases of the birth defect each year. Since October, more than 3,500 have been reported in Brazil.

Widespread in Africa and Southeast Asia, the Zika virus was first discovered in monkeys in the Zika Forest in Uganda in 1947. The Asian strain of the virus was detected moving across the South Pacific in 2007 when a large outbreak occurred on Yap Island that year. The virus reached Easter Island off the coast of Chili by late 2014. The virus reached Brazil in May 2015, and epidemiologists estimate that more than 1.5 million Brazilians have been infected. 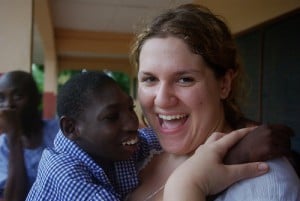 The Zika virus has also been linked to Guillain-Barre syndrome (GBS), a rare disorder in which the immune system damages nerve cells, causing muscle weakness and sometimes paralysis. The Brazil Ministry of Health has also reported an increase in GBS cases, and the CDC is working to deteremine whether Zika and GBS are related, but determining if any particular pathogen caused the syndrome is difficult.

Experts expect Zika to begin spreading in the United States as the weather warms in the spring and summer. More than a dozen isolated cases have been reported in the continental United States including one in Texas, but so far all cases have occurred in travelers who had just returned from overseas. No local transmission has yet been found. Dr. Erin Staples, a  CDC epidemiologist, expects Zika to follow the same pattern as other mosquito-borne viruses like dengue and chikungunya with large outbreaks in Puerto Rico followed by smaller ones in Florida, Gulf Coast states, and Hawaii.

No vaccine yet exists for Zika, but the National Institute of Allergy and Infectious Diseases has been working on one for the past month, reports Dr. Anthony S. Fauci, the director of the institute. Because the disease is closely related to yellow fever and Japanese encephalitis, for which vaccines exists, developing one for Zika should not prove difficult. A vaccine could be ready for emergency use before the end of the year, says one of the lead developers.

In the meanwhile, pregnant women and women considering pregnancy should avoid nonessential travel to Zika-affected areas. A leading Brazilian health official also suggested that women in the affected regions postpone having babies.