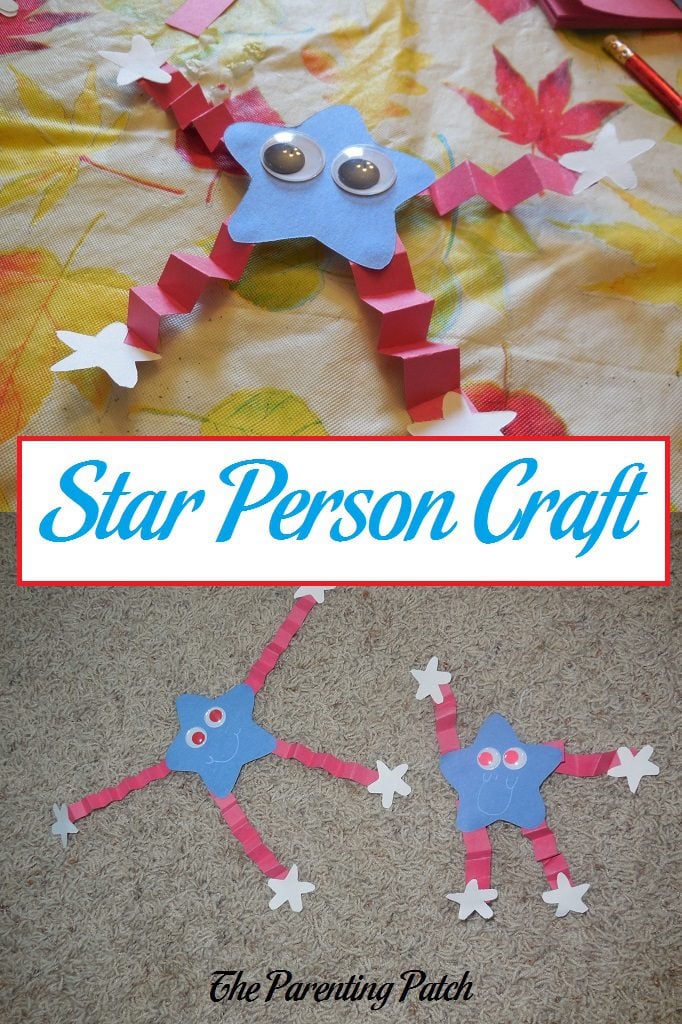 The walls of my home are currently decked out in tons of red, white, and blue crafts for the Fourth of July. For the summer months of the year from Memorial Day through Labor Day, I decorate my living room with red, white, and blue lights. My daughter and I have made tons of crafts over the past few weeks to add to the patriotism and festivities. Last year for Valentine’s Day, she and I made some adorable heart person crafts. Inspired by the idea, we recently made star people from construction paper. 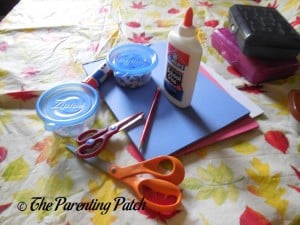 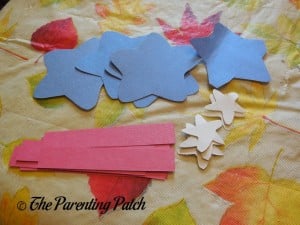 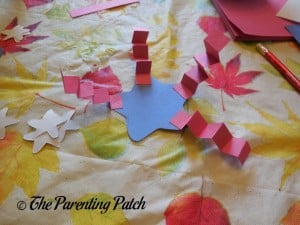 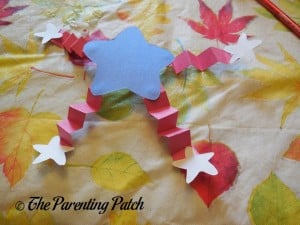 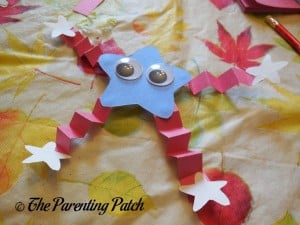 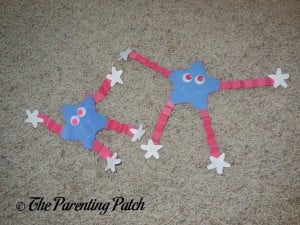